Longitude Festival is the sister festival to the UK’s Latitude Festival, set in Marlay Park in the capital city.

The festival made it’s debut back in 2013, with and impressive line-up featuring First Aid Kit, Bastille, Ben Howard, Disclosure and Massive Attack. A sister festival to Suffolk’s Latitude Festival, hosted across the same weekend, normally sharing artists in a similar fashion to Leeds and Reading Festival.  Since then, the festival has grown, continuing to bring the biggest names to Marlay Park. Although there’s no camping, it’s the perfect excuse to enjoy some of the best music around during the day and party in the capital city at night.

Longitude saw Mumford & Sons make a rare appearance last year, as they continue to work on the follow-up to 2015’s Wilder Mind. The ‘I Will Wait’ folk-rockers curated the final day of the festival, teaming up with organisers to bring their Gentlemen of the Road event to Dublin. Last summer also saw Stormzy and The Weeknd headline. Also to have appeared at Longitude over the last four years are The National, Hozier, Vampire Weekend and more.

In previous years Longitude has catered to all music fans, almost breaking days down by genre. However, this year is a grime and hip-hop dominated line-up. Diplo, Giggs, Anderson .Paak, Tyler, The Creator and more are all destined for Marlay Park this summer. Headlining Longitude’s fifth edition are J.Cole, Diplo and bringing it to a close, Solange.

Check out the line-up so far: 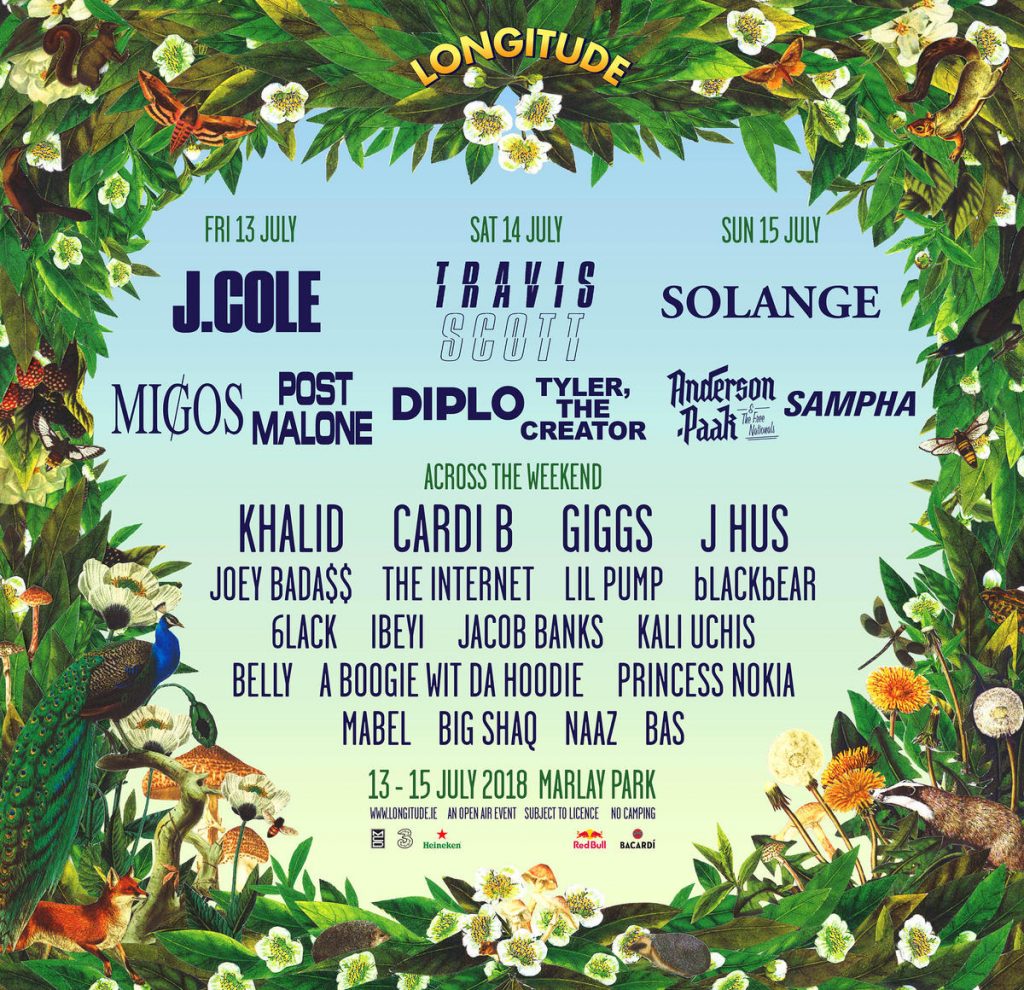 The only tickets left for this year’s festival are day passes for the final day, so better move fast! Day passes start from €69.50 and are available via Ticketmaster.