Castlepalooza Festival takes over the town of Tullamore this August. JACKS in Ireland looks at one of the more unique festivals in the country.

Castlepalooza began back in 2006 in the stunning setting of Charleville Castle. Fixating mostly on emerging talent within Ireland, Castlepalooza still brings exciting international acts to Tullamore.

Last year, the festival had Wild Beasts and Girl Band perform. While in the past Barclay’s Mercury Award nominee Ghostpoet, Villagers and Shit Robot have all appeared. This year, Charleville Castle will open it’s doors to Manchester band Pins, Heroes in Hiding, New Jackson and Ships.

Headlining Castlepalooza, Dublin pop-duo ALL TVVINS will be showcasing material from their as-of-yet unnannounced second album, including new single ‘Crash’. Joining them at the top of the bill are !!! (CHK, CHK, CHK), bringing their infectious combination of dance and punk all the way from sunny California.

Bringing the laughs to the castle, over in the Laughter Lab are the notorious Rubberbandits, as well as Karl Spain, Eric Lalor and more. Festival-goers also have the chance to take part in workshops across the weekend.

Charleville Castle is only a short walk from Tullamore’s town centre, making it easily accessible for those who don’t want to camp or only attending for a day. The organisers still have plenty more to add to this year’s line-up and with camping tickets starting from just €139, it’s great money for value.

Check out the festival’s line-up so far: 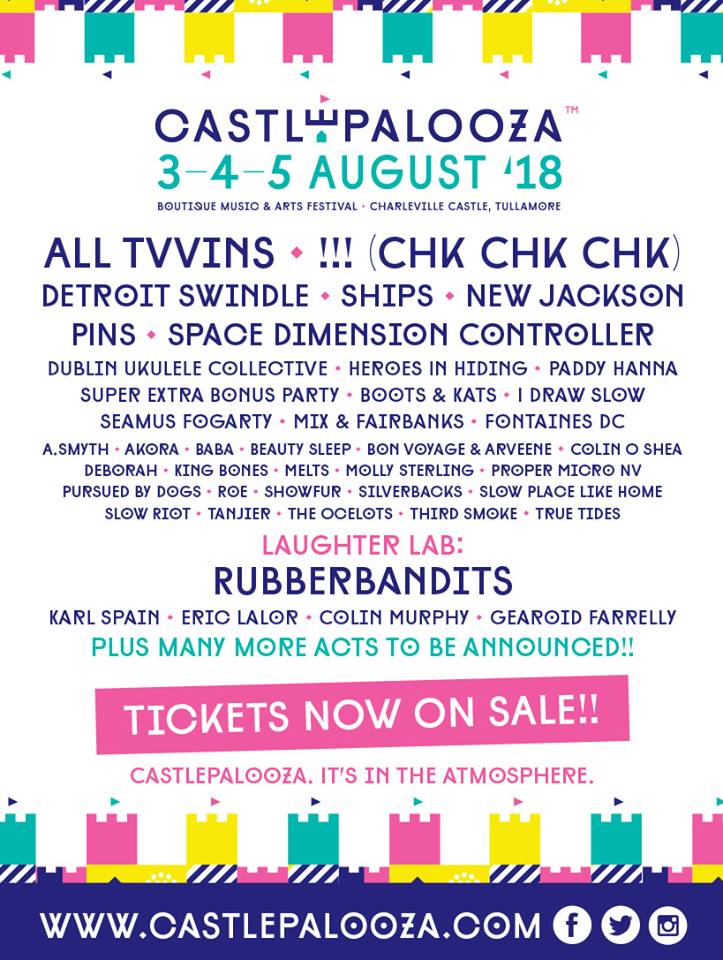 Castlepalooza takes place from August 3rd to 5th and tickets are on sale now.