Wirral singer-songwriter Cal Ruddy, has hit the studio to finally record his debut album, with the help of his fans.

We’ve been a fan of Ruddy since we caught him at Studio 2, supporting Bryde last year. He’s since gone on to play to a packed Cavern, performed at 38,000 feet and record and play with artists in Nashville.

Now the Wirral singer has finally entered the studio to finish recording his debut album, Elliston Place. Taking on board what he learned while in Nashville from his time with Blue Miller, producer to John Legend, Cal is teaming up with producer Steve Powell to finish the album.

The 23-year-old turned to his fans, friends and family to help him get to Nashville and now looks to them again. Ruddy has set up a Pledge Music page, giving people the chance to pre-order the record, with the funds raised going towards the cost of making Elliston Place. There’s also the option to buy merch, from t-shirts to badges and handwritten lyric sheets to a private gig from the comfort of your own home.

One of the hardest working artists in Merseyside, Cal Ruddy has toured relentlessly while also giving back to the community. On April 7th, Cal has teamed up with Autism Together to help raise funds to rebuild Ruby Hall, a residential home in Wallasey. Once rebuilt, the home will be specifically catered to the needs of those who suffer with autism. 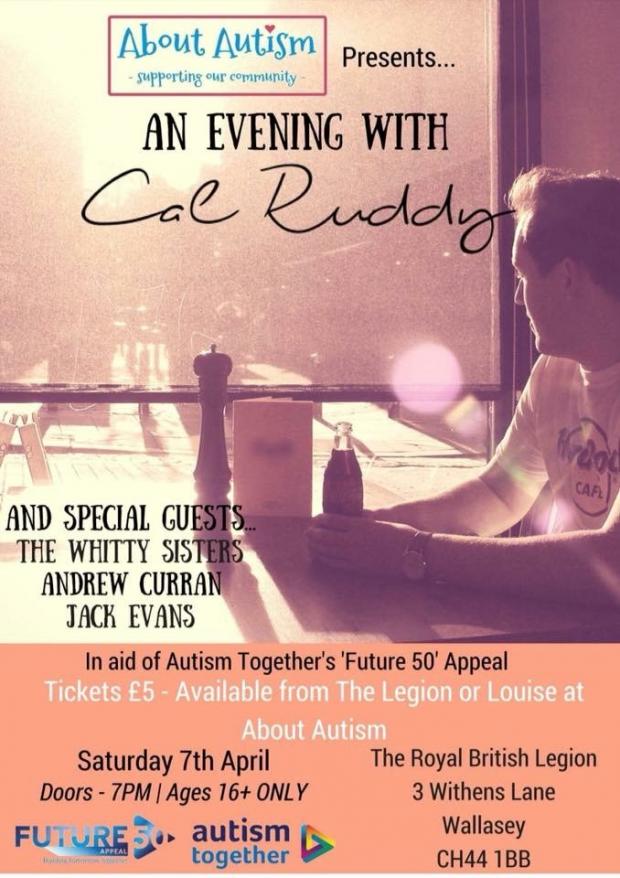 As part of Autism Together’s Future 50 appeal, they hope the night will make a massive contribution towards achieving their target of raising £2.5million. Along with Cal will be The Whitty Sisters, Andrew Curran and Jack Evans at The Royal British Legion in Wallasey. Tickets are just £5 and on sale now.

If you’re not able to go along but want to donate towards the cause, visit Autism Together’s website.