As JACKS takes up residency in Ireland, we’re getting to know our new surroundings by looking at the festivals across the country. First up: Indiependence in Mitchelstown.

County Cork holds one of the finest festivals around when it comes to indie music. Deer Farm in Mitchelstown transforms into a haven for indie lovers as Indiependence takes over the town during the August Bank Holiday Weekend.

With an outstanding line-up in place so far, the festival is bringing some of the best names on the indie scene to Mitchelstown this summer. Liverpool will be represented by both Circa Waves and Cast, while Everything Everything, Tom Grennan and And So I Watch You From Afar are also pencilled in to play over the August Bank Holiday Weekend. We haven’t even mentioned the headliners yet either…

Check out the video for Everything Everything’s new track, ‘The Mariana’, which is sure to pull on the heartstrings this summer when they hit the stage.

Bobby Gillespie’s infamous Primal Scream and Jake Bugg are two of this year’s headliners. Then closing out the festival are one of Ireland’s finest bands today, Walking on Cars. We caught up with them back in November 2016 when they played to a sold-out O2 Academy in Liverpool. More of Ireland’s best join the line-up with HamSandwich, Little Hours, The Blizzards and more headed to Mitchelstown this summer.

The festival also holds a comedy tent, bringing not just sing-alongs but the laughs to Deer Farm too.

Check out the line-up so far in the festival’s poster below. 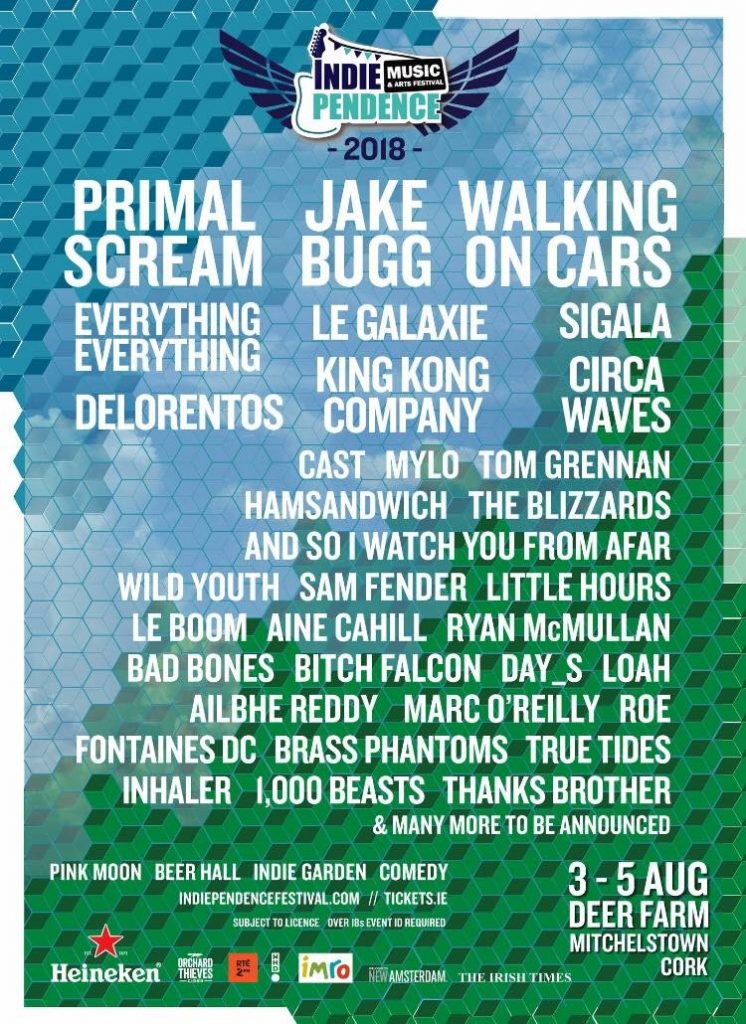 In the past, the festival has seen the likes of Editors, White Lies, Basement Jaxx and Manic Street Preachers all perform over the years. Tickets are on sale now, starting from €139. Indiependence takes place from the 3rd to 5th August.