Residing on the south coast, it’s not often Laurel ventures up north but last night, the second night of her tour brought her to Studio2 on Parr Street along with Mary Miller and Ian Janco for support. 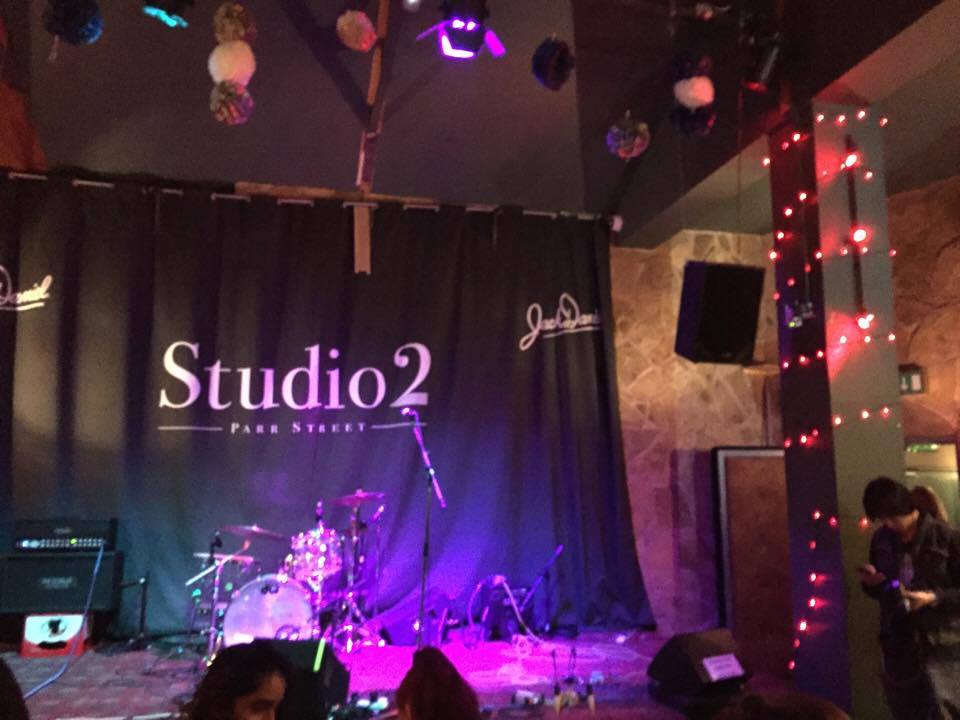 Storm Ewan has placed a cold snap over Merseyside during the last couple of days but to bring some warmth back into the city, Laurel, backed up with support from Mary Miller and Ian Janco, Studio2 on Parr Street was the place to be yesterday evening.

In the intimate setting of Studio2, starting off the night was local girl, Mary Miller. Giving off sounds resembling The XX and a voice that grabbed your attention, it was a start to the night that enlightened the expanding crowd that were gradually filling up the venue throughout her set. Her songs gave a sense of fulfilment, those that were there didn’t bat an eyelid or think of going for a drink as she had their undivided attention during the opening performance of the night.

If you weren’t at Studio2 yesterday, then you have another chance to catch Mary Miller live, as she’ll be playing in Hus on March 11th, supporting Rongorongo as well as a bill filled with local talent.

Next was Californian singer, Ian Janco and his band, attending university in Liverpool at the moment, when classes are finished, Ian and the band put down the books and pick up the spirits of anyone within earshot of their music. Throughout the set, the whole band were having fun, bouncing off each others good vibes and projecting it out to the audience.

There were a couple of reasons that they were in a party mood last night, firstly, the guitar player, Reese was celebrating his 21st birthday, who received a rendition from everyone in Studio2 of ‘Happy Birthday‘ after Janco informed those in attendance of his guitar player’s milestone. The other reason they were celebrating was that their set included their new single, ‘Life‘, which they performed live for the first time.

They rounded off their short time on stage in a quirky and fun fashion. Before performing the final song, the frontman turned to the crowd for help to try and create a song. The best way I can describe it is like going to the Build-A-Bear Factory, stick with me on this…. Ian wanted to make a song on the spot by asking for the audience to shout out any three words, a name and then a colour. Pretty much like when you go into Build-A-Bear, the bear is already stuffed, you just need to add some small details to bring it to life. It’s always risky when asking an audience to shout out random things but the crowd were topical, cheeky and poetic (as described by Janco himself). What came next was five minutes of another upbeat and cheery song to close out the set, that also created a few giggles along the way when one of the requested words came into the song and Ian starts repeating “Oh daddy” at one point.

One thing about going to gigs is that sometimes, you’ll really enjoy a support act and they’ll leave you with a good vibe and setting the tone for the main act that would follow, only that the transition can take too long and you lose that feeling. What was good about the show is that at most, you were waiting about 15 minutes in between acts, not giving you a chance to lose that buzz.

Laurel took to the stage alone, with only her guitar and voice to charm us with. It was all she needed. With such a strong voice and hypnotic style of performing, the Southampton girl had everyone mesmerised. Everyone gave her her undivided attention that even when she finished a song, after an applause, instead of hearing the murmurs of a crowd reflecting on what they had just heard, they just absorbed it in an appreciative silence. Something that didn’t go unnoticed by the singer, saying “You’re all so quiet, it’s really nice after such a long day”.

The set was decorated with songs from her EPs as well as new stuff that Laurel’s created while currently in the process of making her first album. One new song, described as her favourite to play live, ‘Adored‘, was one of the standout points in her performance, you could tell she enjoyed playing it and seeing the people enjoying it too.

With the temporary Studio2 residents taking in the night as it progressed, fans were showing there love for Laurel’s work. With cheers for when she announced the next song was going to be ‘San Francisco‘ to everyone’s stunned silence as she tugged at the heartstrings with the emotional ‘Goodbye‘.

From start to end, each act brought something different to the table and overall, there was a good mixture of feelings from laughter to sorrow and joy to feeling laid back.