The new EP from TV ME, A Broadcast From TV ME is out now, so we decided to put it on and check out the psych-pop band’s latest offering. 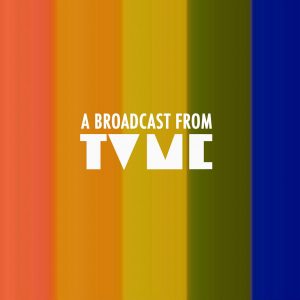 TV ME’s new EP is a collection of songs that’ll lift you up from any dark mood and put a smile on your face.

Starting with lead single ‘Stitches’, a song that’s been years in the making, opening with a piano you’d expect to be a backing track for a silent film. Then a blast of an acoustic guitar and electronic sounds takes the song higher, while frontman Thomas McConnell revels in nostalgia.

McConnell began working on ’Stitches’, when he composed the intro at the age of 14, the ending when 10 years old and finally completed the track two years ago.

Each song is a joy to behold and the wackiness of their sound is something easily to be swept away by and get you moving around. ‘Mountain Biplane’ is a great example of the band’s ability to create a euphoric atmosphere.

Adding a hint of blues to the mix on the instrumental ‘Day’, keeps that nostalgic feeling to the EP. It’s a nice fusion of the two genres at the half way mark.

The stand-out moment on A Broadcast From TV ME, comes on the closing track, ‘Opal Fruits’. It’s like the three previous tracks merged and this is the result. From the sci-fi effects and a sound you’d expect to hear at a 60s disco. It’s a loud and fun track, ending the EP in that positive way you’ll become familiar with when listening to TV ME.

With funky bass-lines and hypnotic electronica, the Liverpool trio’s unique sound is a breath of fresh air. From the beginning when revelling in yesteryear, or infusing electronica with blues and the ability to brighten up the darkest rooms with their sound is akin to E.L.O.

TV ME celebrated the release of A Broadcast From TV ME with a sold-out show at 81 Renshaw Street on Friday night. With such an uplifting collection of songs, it must’ve been a delightful night.

If you’re feeling down, put on A Broadcast From TV ME and by the end you’ll have forgotten why you were feeling blue in the first place.

Songs worth putting on repeat: ‘Mountain Biplane’ and ‘Opal Fruits’

The new EP from TV ME, A Broadcast From TV ME is available to download and stream now.