The Vaccines continue to build hype ahead of the release of their fourth album, unveiling lead single ‘I Can’t Quit’. 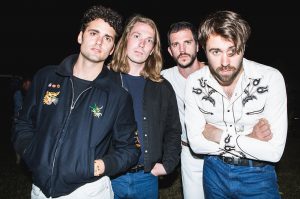 ‘I Can’t Quit’ is the first single to be taken from The Vaccines forthcoming record Combat Sports, due out on March 30th. The London band revealed late last year that their fourth record would be out this spring, followed by a UK tour.

The new single sees the band bring a sharp melody along with a catchy chorus as frontman Justin Young sings his heart out. Their first release since 2015 has been labelled as “a return to their roots” for The Vaccines. It’s playful and catchy sound is definitely a hint of great things to come.

Combat Sports is the fourth album from The Vaccines, following 2015’s English Graffiti. It’s been three years in the making but it seems that The Vaccines are back with a bang. They hit the festival circuit last summer airing the new material but now with the album’s release imminent, expect to see them appearing on more festival line-ups in 2018.

What’s safe to say is that ‘I Can’t Quit’ should instantly become a fan favourite alongside the likes of‘Post Break-Up Sex’, ‘No Hope’ and ‘Dream Lover’.

While the band have no date set for a return to Liverpool, they do play in Manchester’s Manchester Academy on April 9th. Tickets on sale now.

Listen to ‘I Can’t Quit’, the new single from The Vaccines below.

The full tracklisting for Combat Sports by The Vaccines as follows: 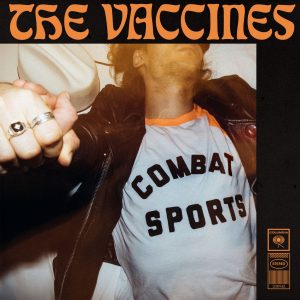 The Vaccines fourth album Combat Sports, is out on March 30th.