On the back of releasing ‘Moonlight‘, the lead single for their debut album, Silence. We caught up with Auction For The Promise Club guitarist, Perran Tremewan. 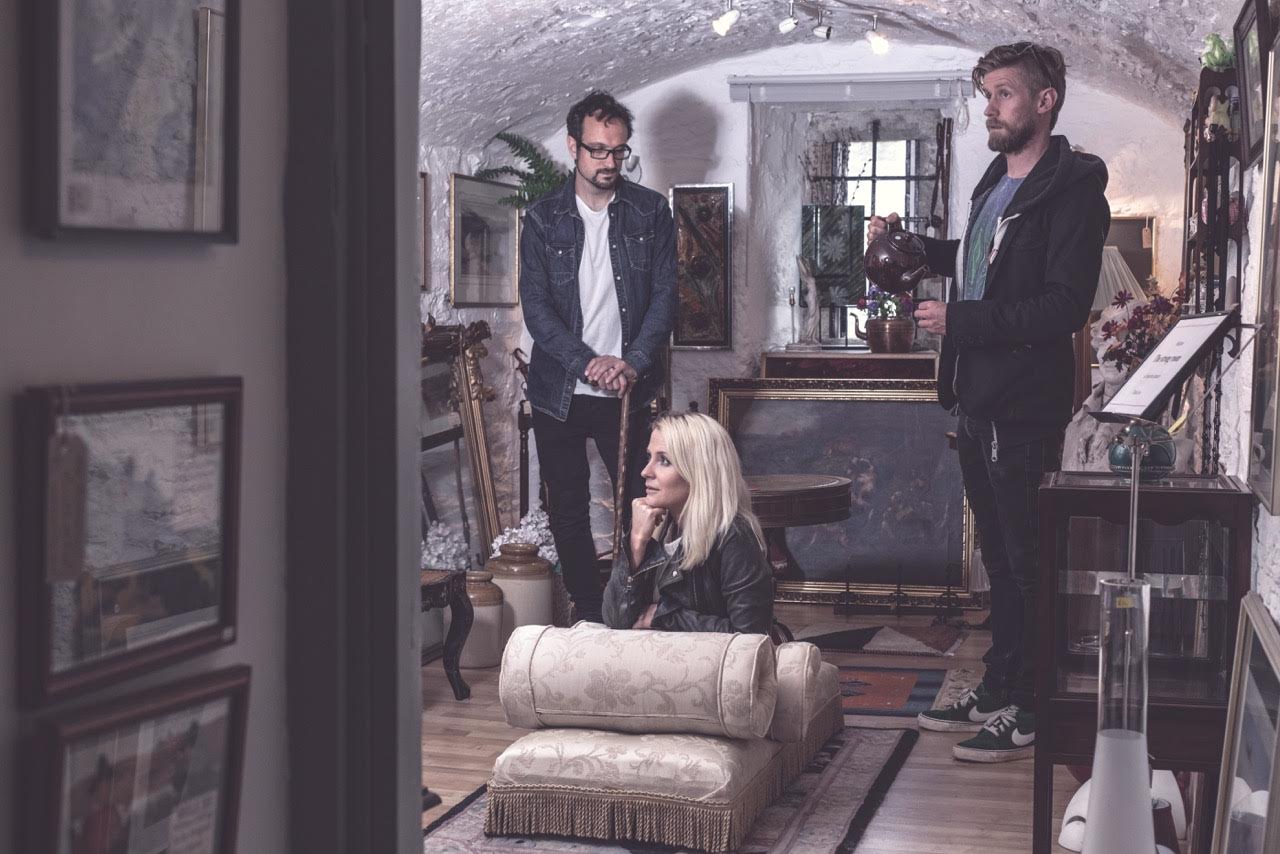 You produced the video and artwork for ‘Moonlight’ yourselves, what was the creative process like to make a video you felt would best fit the song?

PT – The aim was to make an ‘in the studio’ style video, but with a mysterious and nocturnal feel that matched the theme of the song. With it being the first release of the album campaign, the idea was to give people a glimpse of what was to come. It’s the first time we’ve made a purely performance based video.

Your debut album, Silence is coming out in June, how does it feel to finally share your first record with the world?

What can we expect from Silence?

PT – Anything but silence.

Looking at Silence, what’s influenced you when writing these songs for the record?

PT – While we don’t ever consciously write or record songs to sound like anything or anyone in particular, listening back to the album it’s interesting to hear various influences that have crept in. One of my favourite artists is Nick Cave and The Bad Seeds. While this definitely does not sound like a Nick Cave record, I’d like to think there was an intensity to some of the songs that gives a nod to their music.

You worked with producer, Paul Reeves, who’s worked with the likes of Muse and Supergrass in the past. What was it like working with him?

PT – It’s always a real pleasure working with Paul. He has a great ear for what will work well on record and really good at making sure things don’t get overcooked. He also makes great cakes!

What artists have you listened to that have helped Auction For The Promise Club come to life?

PT – All kinds, although the first band that made me want to be in a band when I was young was The Police.

So if you could pick one song from their discography that you wish you made yourselves, what song would you pick and why?

PT –There are so many, although today it would be ‘Spirits in the Material World’. It’s one of those songs that is really unusual, yet really catchy. The beat doesn’t land where you expect it to, the vocals are strange and haunting and there’s an underlying sense of menace… but the whole song is really uplifting. I like songs where you can’t really ever figure out quite what makes it so good.

Given you’ve consistently received a lot of praise; do you feel like there’s expectations to deliver with the record? How have you taken on board the positivity towards your music?

PT – When we’re recording music it feels like it’s purely to please ourselves. Once it starts getting released you suddenly remember that other people are going to hear it as well. It’s only then you start wondering what people are going to make of it.

You’re taking part in this year’s Record Store Day with an exclusive release of ‘See Through’ as a 7” vinyl. What helped you decide to release that song for RSD?

PT – Releasing ‘See Though’ on see through vinyl for RSD was Carlton (of Easy Action Record’s) ingenious idea.

What records are you most looking forward to getting on April 22nd?

One thought on “Interview: Auction For The Promise Club – “Anything but Silence””