It was only last month that Y Not? revealed it’s stellar line-up and now they’ve added more great acts to the bill. 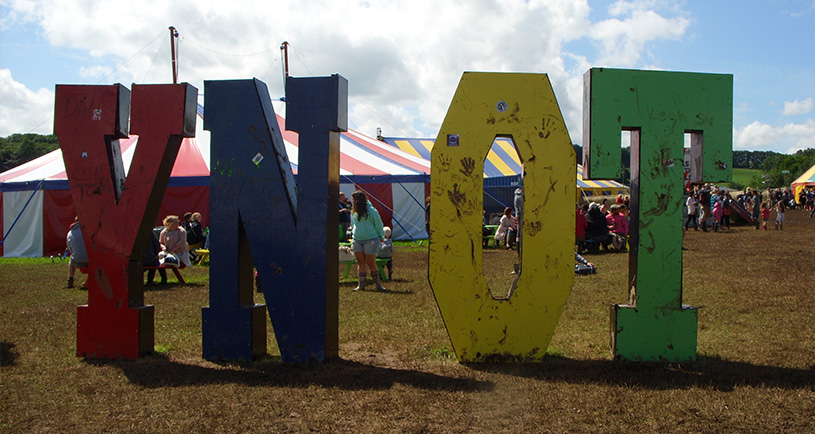 Already boasting a great list of bands set to play at the festival, with Stereophonics, Two Door Cinema Club, The Vaccines and more, Y Not? continue to fill the line-up with all thrillers and no fillers.

One of the best acts to come out of ‘Madchester’, Happy Mondays will be bringing their legendary acid-soaked tunes to Pikehall, as they celebrate the 27th anniversary of their platinum-selling album Pills ‘n’ Thrills and Bellyaches. Guaranteed to bring a party vibe to the festival.

Joining them on the line-up, the charismatic Frank Turner along with Deaf Havana, Frank Carter and the Rattlesnakes and Spring King. Two of the breakout artists of the year, Declan McKenna and Honeyblood will also be heading to Y Not? in July.

There’s an opportunity over the coming months to get a taster for the festival with many of the acts set to play in Liverpool between now and the end of July. The Big Moon and Black Honey are both playing at FestEvol Gardens on April 30th in the Invisible Wind Factory, while Blaenavon will be playing in Studio2 on April 4th. A perfect chance to go and see some of the bands that’ll be taking over the Peak District this summer.

The festival is shaping up nicely with a ton of great acts booked to play over the weekend of 27th to 30th July, with Clean Cut Piece, Superfood, Will Varley, Kagoule, Black Foxxes, Menace Beach and Twin Wild all added to the line-up.

When he’s not being linked to be the next James Bond or starring on BBC’s Luther, Idris Elba can be found performing DJ sets filled with house bangers that set crowds alight. Also bulking up the DJ list is icon, Norman Jay MBE and then there’s also the innovative Jaguar Skills pencilled in for a slot.

Y Not? still has more acts to announce over the coming months and tickets are expected sell-out faster than ever before ahead of its 12th year, with only a limited number of fourth tier tickets left remaining. If you want to avoid missing out, click here to grab a ticket for this year’s instalment of the Y Not? festival. Check out the full line-up below! 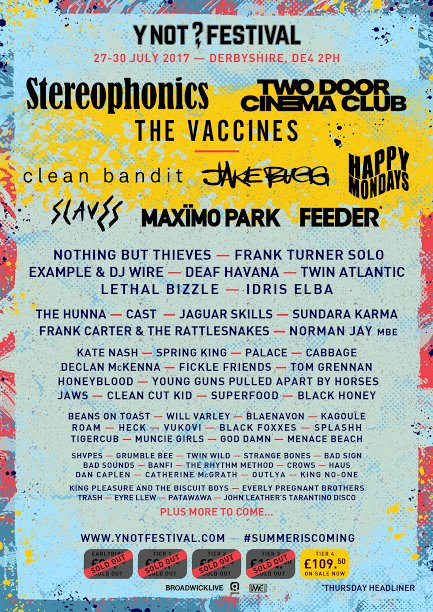