Sound City is set to return this May to celebrate it’s 10th birthday and to make sure they do it in style, they’ve announced a stunning line-up set to perform on Clarence Dock.

Taking place on the last weekend of May, kicking off the birthday celebrations on the 25th, Sound City is set to open with The Human League coming back to Liverpool to headline day one. Keeping to the theme of synthpop. Joining them are Art of Noise and post-punk 70s band, A Certain Ratio, completing the opening night of festivities.

The huge line-up is packed with major artists set to take over the docks, including The Velvet Underground and Metronomy pencilled in for a  headline slot. Closing the festival this year will be The Kooks, who’s debut album, Inside In/Inside Out came out 11 years ago this week.

Also set to make another return to Liverpool are White Lies, who played their first show here for the first time since 2009 when they played to a packed O2 Academy back in November. Alongside them, The Kills, Slaves, Carl Barat & The Jackals and Local Natives are all set to make Sound City’s big birthday one to remember.

Not to neglect the thriving local talent, we can catch The Sherlocks, who are set to play a sold out show on February 11th at the O2 Academy. As well as The Vryll Society, Paris Youth Foundation and Zuzu all representing Liverpool at the festival.

Still many more acts due to be announced, festival season looks to be getting off to a spectacular start with Sound City celebrating it’s 10th anniversary with one of it’s best line-ups its produced.

Tickets are on sale now from Sound City’s website. Check out the line up poster below! 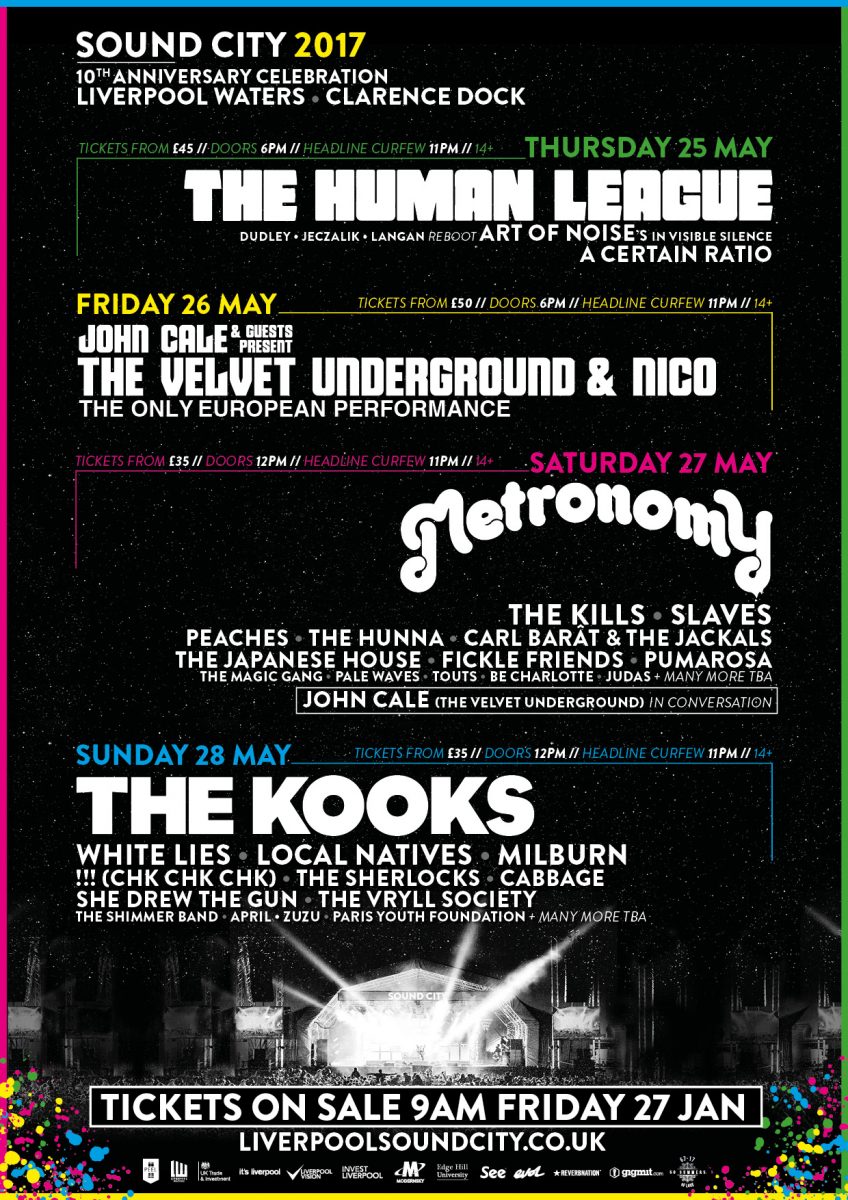