On April 22nd, across three venues on the Docklands, WRONG Festival will be showcasing a side of Liverpool that’s perhaps not as dominant as other scenes in the city, with an all underground rock line-up to take over next spring.

The first wave of bands were unveiled for the festival’s debut, with The Wytches, HECK, Part Chimp, The Cosmic Dead, Blacklisters and Elevant all added to the bill.

Fronting the first set of bands added to the line up, Brighton’s The Wytches bring their psychedelia-meets-grunge to Merseyside. While HECK, who say the genre they best suit is “General Extreme Noise”, are going to be creating chaos with their set as they’ll be providing one of the most exciting sets to catch at WRONG.

Legends to the underground scene, fast-paced, intense, exciting and coming to WRONG. Part Chimp will be performing on the day. Glasgow’s The Cosmic Dead are lined up, with their space rock set to take off on the Docklands, we’re in for a treat when they hit the festival.

Blacklisters are going to turn up, get in your face and make a ton of noise so intense that they’ll leave you breathless by the time they get off the stage. And finally, local lads, Elevant, moody, loud and thought-provoking, just listen to Audiences below to see why.

Elevant round out the first wave of bands announced for WRONG Festival, with a lot more, including the headliner, still to be announced.

As mentioned earlier, the festival’s set to take place across three venues on Liverpool’s Docklands, at The Invisible Wind Factory, North Shore Troubadour and Drop The Dumbulls.

Tickets are set to go on sale on Friday 25th November at 9am from Skiddle, SEE Tickets and Dice.FM. 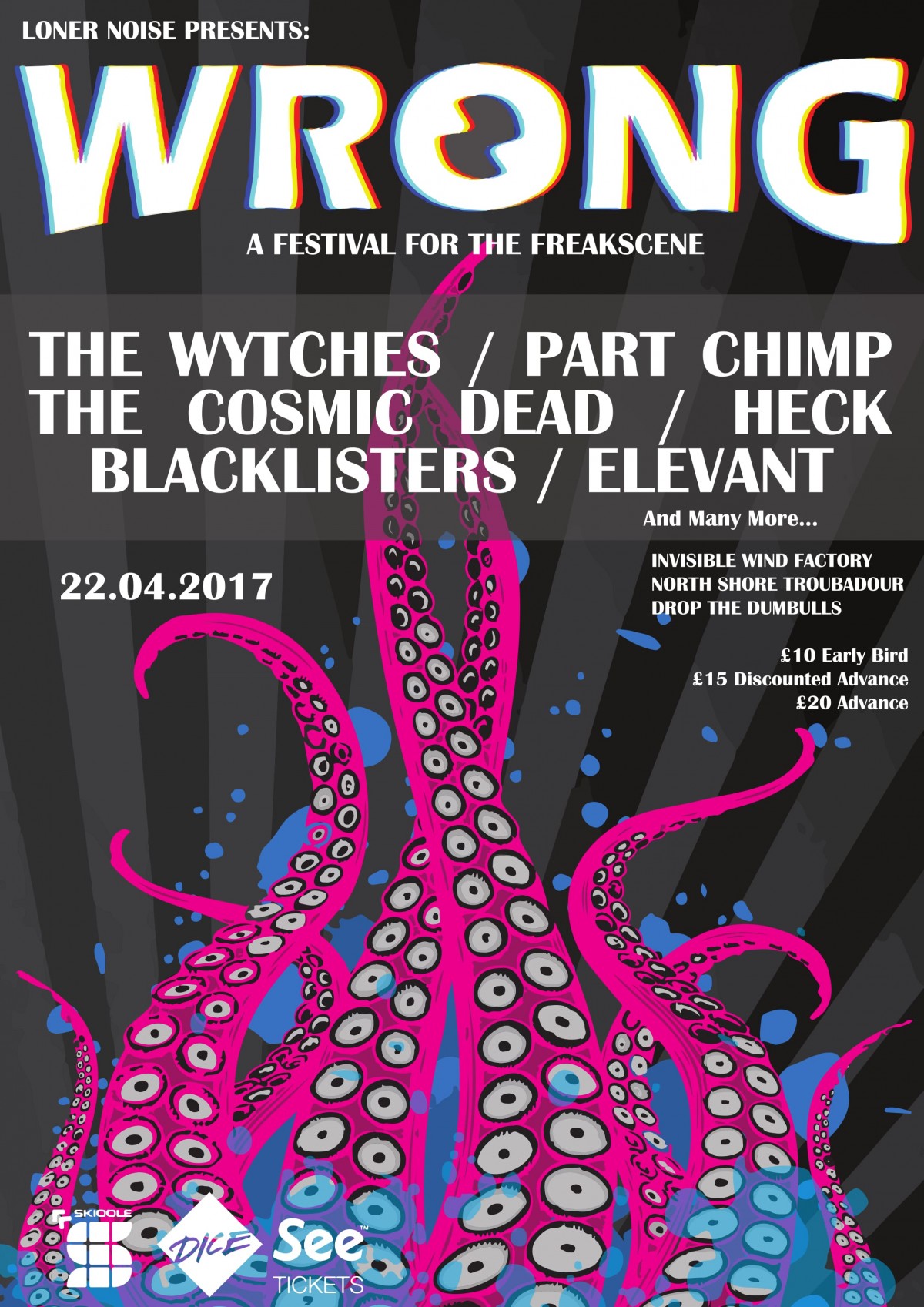