The Stone Roses have been a major influence towards indie music and we adore the classics we have. But for the first time since the 90s, we’ll have a brand new track from the band.

Earlier in the week, Manchester was bombarded with hundreds of adverts on billboards, bus stops and shop windows of the iconic lemon logo. Something the band did last year, right before announcing the band would be touring again since reforming back in 2012.

It’s now revealed that the reason behind the adverts is that at 8pm, we’ll have new music from The Stone Roses for the first time in over twenty years. 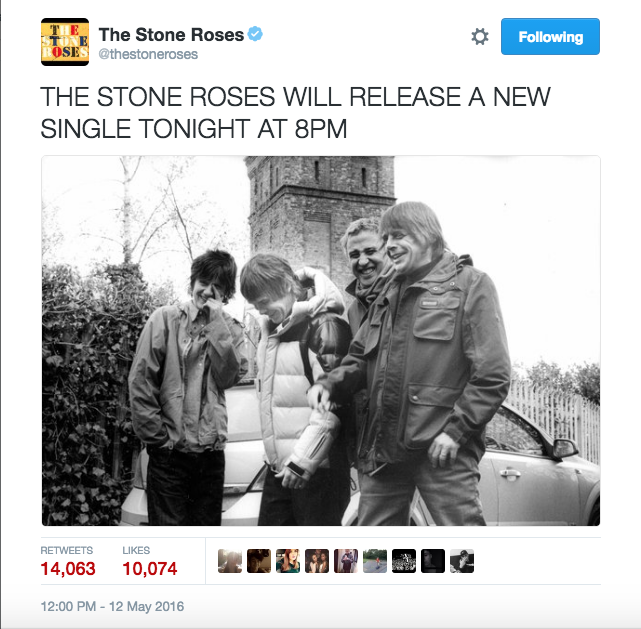 It’s been rumoured for some time that the band have been locked away in a studio in London, working hard on a new album. It looks like the wait is finally over and that third album isn’t far away.

The Mancunian foursome are set to tour this summer, playing four nights in the Etihad Stadium in Manchester, as well as appearances in Dublin, New York and Japan. The legendary band are set to hit the festival scene too, with a headline slot booked for T In The Park.They toured back in 2012 with a setlist full of the classics but now when they tour in the summer, it’ll be a whole new ball game, with the old favourites being mixed with new, exciting material. It’s an exciting time to not just be a Stone Roses fan, but a music fan.

Check back tonight after 8pm to check out the review of the new track!