With a sold out Irish tour on the horizon, Pillow Queens have announced a mammoth world tour for 2022.

With an already sold out Irish tour kicking off in December, Pillow Queens have taken it up a notch as they unveiled plans to embark on a 31-date tour in 2022.

The Dublin quartet dropped their stunning debut album, In Waiting last year, receiving huge praise across the board. Since then, they’ve signed to Sub Pop Records and Royal Mountain Records, with work underway on the follow-up.

Pillow Queens have also dropped two new singles so far too. The first being a harrowing cover of The Cranberries’ ‘When You’re Gone’, as part of the Salvations – Inspired by The Cranberries for Pieta House album.

The second release came in September with the re-recording of fan favourite, ‘Rats’ to coincide with the news of signing to Royal Mountain Records. The re-recorded song of existential crisis and trying to break out from it also features a new addition of a live show, when the crowd sing back the iconic line:

The band’s world tour starts with a night in Santa Ana, California in March. After an extensive road trip across the US, they’ll return to Europe with shows across the UK and one in Berlin and Gdynia. The ‘Liffey’ outfit will return to Irish shores in October with shows in Dublin, Limerick, Cork, Belfast, Galway and Kilkenny. 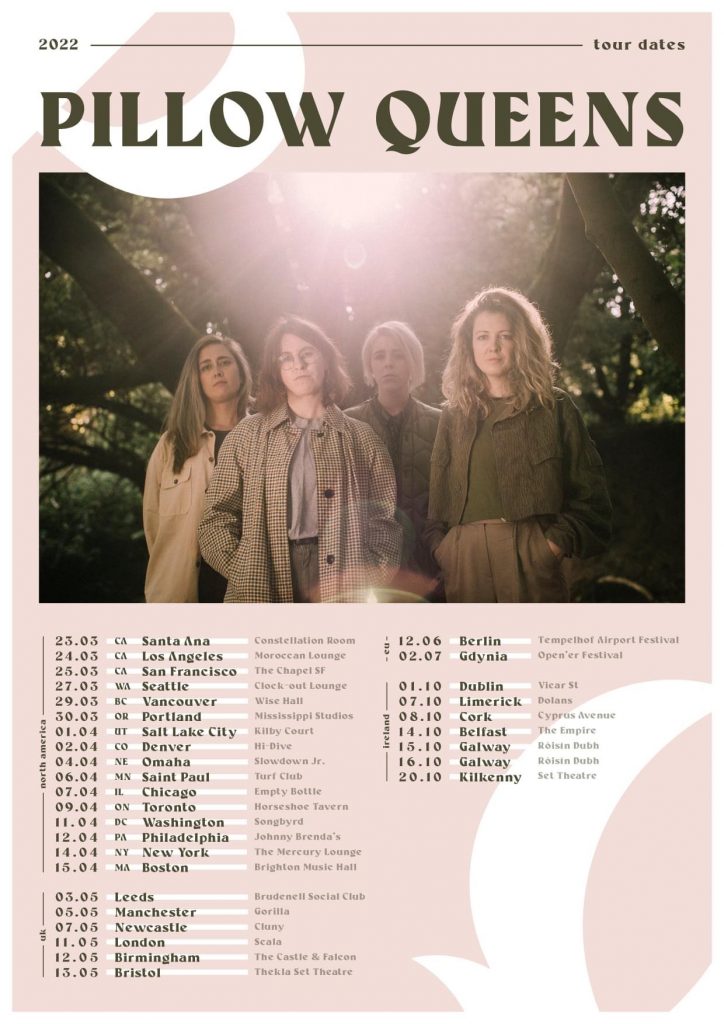 Tickets go on sale this Friday at 10 AM and are available by clicking here.