Back with their second album, The Altered Hours have brought out a tantalising record in Convertible.

Following on from the 2016 debut, In Heat Not Sorry, the new album feels like an evolving moment for the Cork band. Taking the best of what put them on everyone’s radar and adding to that.

The psych-rock album is a combination of a comforting hug around the eardrums, before being blitzed by a wall of sound.

Opening with lead single ‘You Are Wrong’, it sweeps you off your feet as co-lead singer Cathal MacGabhann utters “you are wrong… again”, before we’re hit with a cacophony of soaring guitars.

Convertible is littered with moody hooks throughout and under Elaine Howley’s stunning vocals, there are many moments this record demands you stop and give it all your attention. A moment that drives that feeling home is during ‘Thistle’ as it riffs through on a loop and Howley sings about breaking out from the pressure she feels under:

The album has its lively moments like on rapid-fire ‘Love You’ and followed by the intense ‘Radiant Wound’.

Convertible is an album that shows once again why The Altered Hours are going nowhere but in an upward direction.

Tracks worth putting on repeat: ‘You Are Wrong’, ‘All Amnesia’ and ‘Love You’

The band return to Ireland this week to embark on their own UK and Ireland headline tour. Kicking things off with a homecoming show in Cork at Cyprus Avenue on Friday 29th October. Check out the full tour details below. 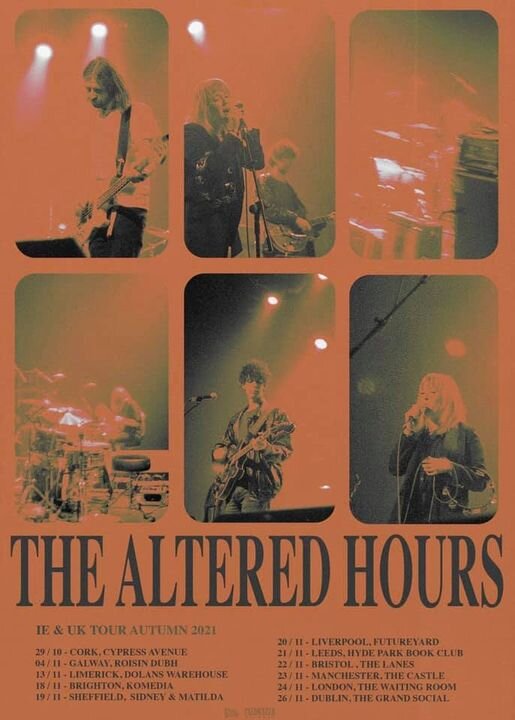 Tickets are on sale now and available via Eventbrite and TicketMaster.

The new album, Convertible from The Altered Hours is out now.

One thought on “Review: The Altered Hours – Convertible”