Biffy Clyro are hitting the road later this year, bringing their Celebration of Endings to arenas across the UK and Ireland.

Back with a bang, Biffy Clyro are gearing up to release their eighth studio album, A Celebration of Endings.

The Scottish trio returned with the release of lead single, ‘Instant History’. The lead single was a synth-laden return from the band, suggesting a potential different sound we’re used to from the Biff’.

Followed up shortly after with the blistering ‘End Of’, the ‘Wolves of Winter’ band gave fans another classic Biffy Clyro track.

A Celebration of the End is set to be released on Friday 15th May and then later in the year are set to hit the road, touring across the continent.

The tour will see Biffy cover arenas across the UK and also a stopover in Belfast and Dublin in October.

They’re now returning for a show at the 3Arena on October 7th. Before their night in the capital, they’ll be at the SSE Arena in Belfast on October 6th.

The tour starts in Aberdeen on September 25th and wraps up Down Under on January 16th in Melbourne.

Dates across the UK and Ireland are as follows: 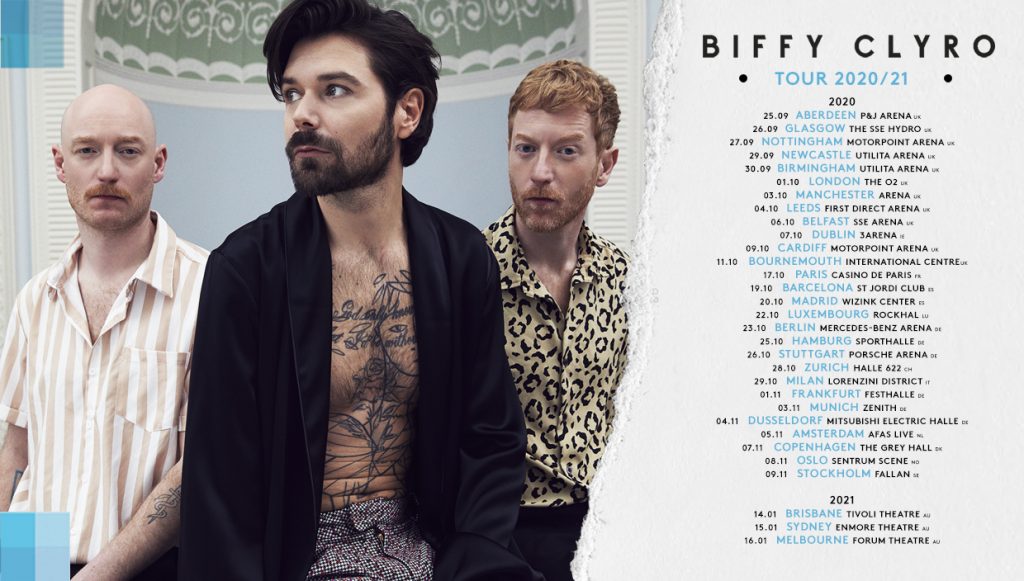 Tickets go on sale on Friday 20th March and tickets for the Dublin show are available via Ticketmaster.ie.

You can pre-order A Celebration of Endings from the good guys at MusicZone.ie by clicking here or emailing shop@musiczone.ie.