Indie legends, The Strokes have announced they’re heading to Belfast in three weeks time for a surprise show.

The kings of New York, The Strokes have took everyone by surprise with the announcement that they’re headed for Belfast’s Waterfront Hall at the end of February.

Julian Casablancas and co. will be bringing sounds that sparked a revolution for indie to Belfast’s Waterfront Hall on Monday 24th February.

The Strokes were in Ireland back in September as Electric Picnic headliners. While it’s only been a few months since their last visit to the land of Ireland, it’s been a lot longer since they headed north of the border for a show.

They’ve kept their lips tightly sealed in relation to any updates regarding their sixth album but with this surprise show, that may be about to change.

The last release from the ‘Is This It?’ band came back in 2016 with the release of the Future Present Past EP. The band’s last full-length album, Comedown Machine came out in 2013.

Alongside the surprise show in Belfast, the band will also be heading to Paris and Berlin before the Waterfront Hall gig.

No details have been given on who’ll be joining them for support yet. 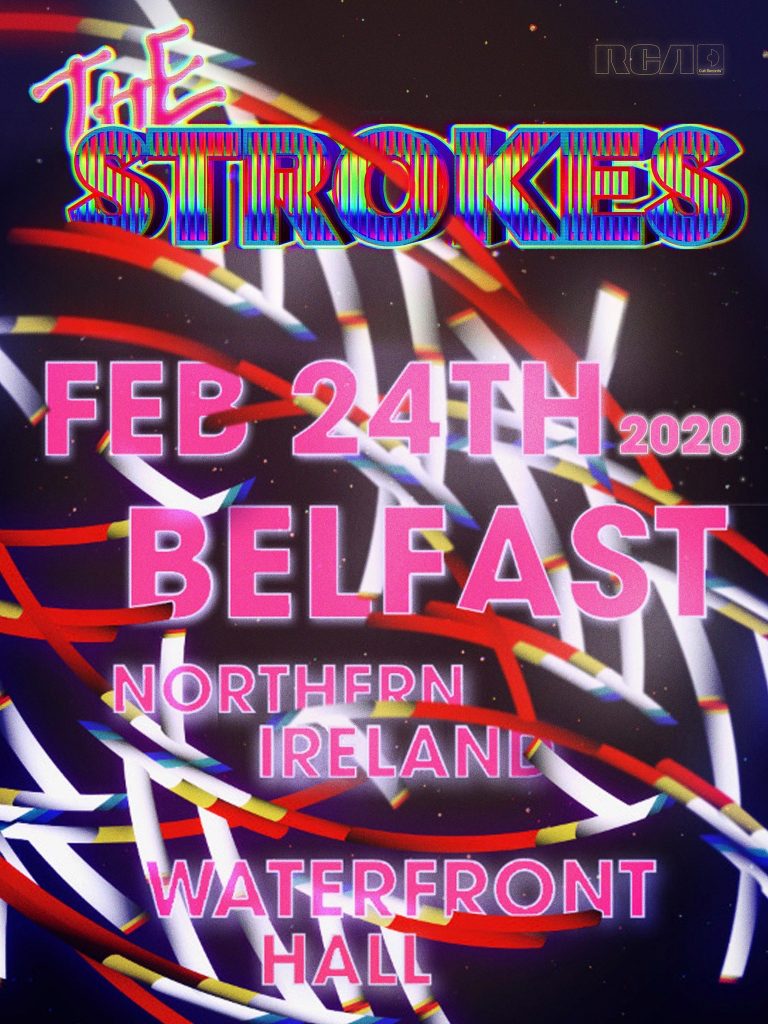 One thought on “The Strokes announce surprise Belfast show”