Sounds From A Safe Harbour festival is returning to Cork this September.

The three-day festival sees musicians perform at free events throughout the Cork City. Last time it resulted in The National collaborating with Bon Iver’s Justin Vernon in Crane Lane. While another intimate event saw Cillian Murphy sit down with Bryce Dessner of The National to discuss music at The Roundy.

Cork Opera House hosted The National and Bon Iver last time around with all the shows selling out almost instantly. 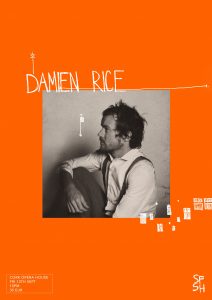 Sounds From A Safe Harbour recently revealed the first acts to perform at the third instalment of the festival.

Damien Rice will perform at Cork Opera House with special guests including Voice Works choir, which is led by Gemma Sugrue. Sugrue has performed alongside Jenny Greene and the RTÉ Orchestra previously.

Also playing at the Opera House is Canadian singer-songwriter, Feist will be visiting Cork for the first time as she continues to tour on the back of the release of her latest album ‘Pleasure’. 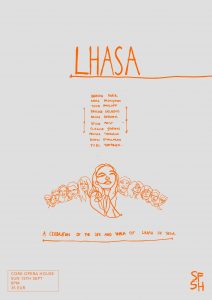 The final performance will see a host of artists come together to celebrate the life of Lhasa de Sela. Lhasa died after a battle with breast cancer in 2010. To honour her music a group of musician will take to the stage and perform covers of her songs together.

An immersive experience of music, visual art, dance and conversation, Sounds From A Safe Harbour was a huge success last time around and Director Mary Hickson is excited to bring the festival back to Cork:

“We are really excited to share the rest of the programme with you over the coming weeks.”

Sounds From A Safe Harbour takes place from September 12th to September 14th.