On The Radar has finally joined JACKS by crossing the Irish Sea and has picked up on Cork psych-indie outfit, The Slut Club.

The Slut Club have turned up on JACKS a few times over the last 10 months since we ventured from Liverpool to Ireland. The trio’s psychedelic vibe, mixed with rushing guitars and swooning melodies sets you on a journey.

The Cork band released their latest single and it’s a good example of the statement made above. ‘Cool 🙂’, opens with a ferocious pace before settling down into a slick rhythm. It then just strides along with uplifting tones and frontman Keiran Hurley, singing about how; “you gotta be cool…” before moving into a cool, short instrumental dominated by Hurley’s seductive guitar-playing.

It’s a song that makes you long for the summer and is a welcome addition to what’s only their second release.

For a band with just two songs out in the world right now, their live shows are stacked with all thrillers and no fillers. The live shows don’t disappoint with bundles of energy that set the crowd into frenzies with one song and then a mellow appreciation the next. Both Hurley and bassman Aidan Lynch know how to control a crowd with their wittiness in between tracks and then the way they lose themselves amongst their own music.

After headlining their first gig in Cyprus Avenue back in September, they’re now set to hit the road, starting with a joint-headline show with Happyalone at Dali in Cork on Thursday December 6th. The tour is also taking them to Kerry and Dublin, with support from The Subtracks.

Anytime they take on a new city or town, they continue to add more members to The Slut Club. This tour will be no different.

’Cool 🙂’, the new single from The Slut Club is out now, listen below.

Catch The Slut Club on their ‘Cool 🙂’ tour: 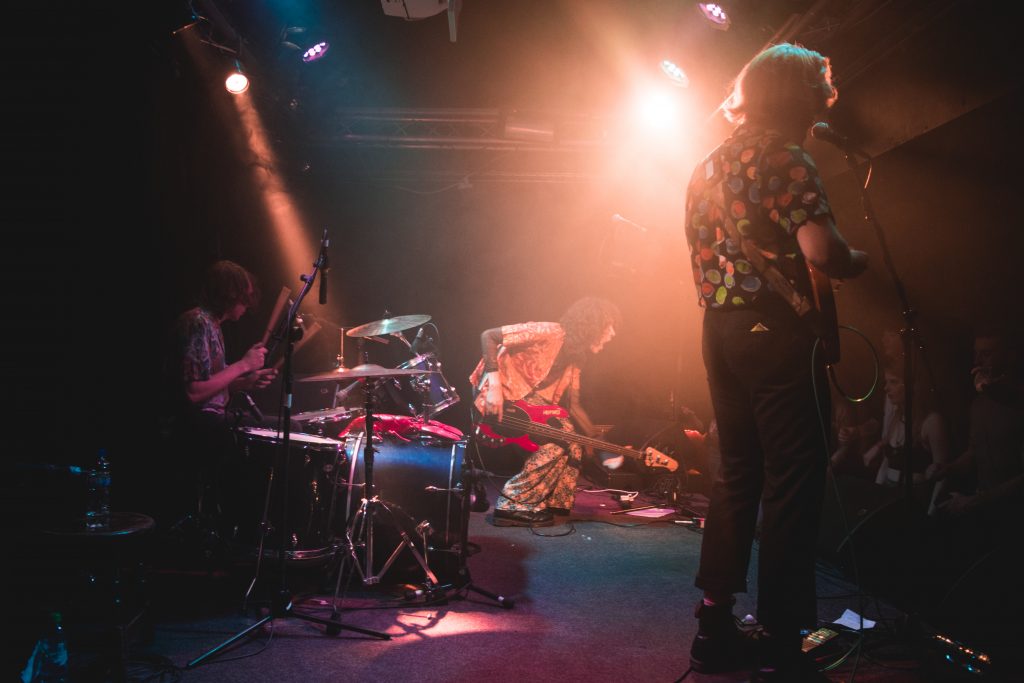 Are you an artist or band from Merseyside? Or are you across the Irish Sea and based in Ireland? If so and you want to be featured in our On The Radar section, get in touch via our email at jacksmusicmedia@gmail.com.