Just over a month until Villagers return with their new album The Art of Pretending to Swim. The band have now revealed the video for the latest single taken from the record, ‘Fool’.

Villagers lay down their distinctive and seductive sound we’re so familiar with on new single, ‘Fool’. Taken from what will be their fourth album, set for release this September, it’s another enlightening track from Conor O’Brien and co.

Filled with an enchanting melody and romantic lines, O’Brien seeks for the side with the greener grass, the perfect ending, yet unsure of whether he’ll find it or miss other things along the way.

Conor pleas; “so here is my bleeding heart, will you be my falling star, will you take the pain away…”, before trailing into a short and sweet instrumental. It’s a harrowing song of feeling sure there’s something there but missing the warning signs along the way.

The video is shot from a first-person perspective in a cosy restaurant, where we see Conor sat on the other side of the table at La Cave Restaurant in Dublin. Filled with sweet romantic moments, it however comes to a dark end.

Directed by Bob Gallagher, the video for ‘Fool’ was revealed this morning.

Watch the video for ‘Fool’ below and see the dinner date go from sweet to sour.

Villagers are embarking on a European tour later this autumn, covering the UK and Ireland. For our Liverpool readers, they’ll be making their return with a show at the Arts Club on October 25th.

Villagers return to Ireland in style, curating the fourth instalment of the Metropolis Festival on October 27th at the RDS in Dublin. The line-up is yet to be unveiled but it’s in safe hands with O’Brien at the reins.

Check out details for the full UK tour below. 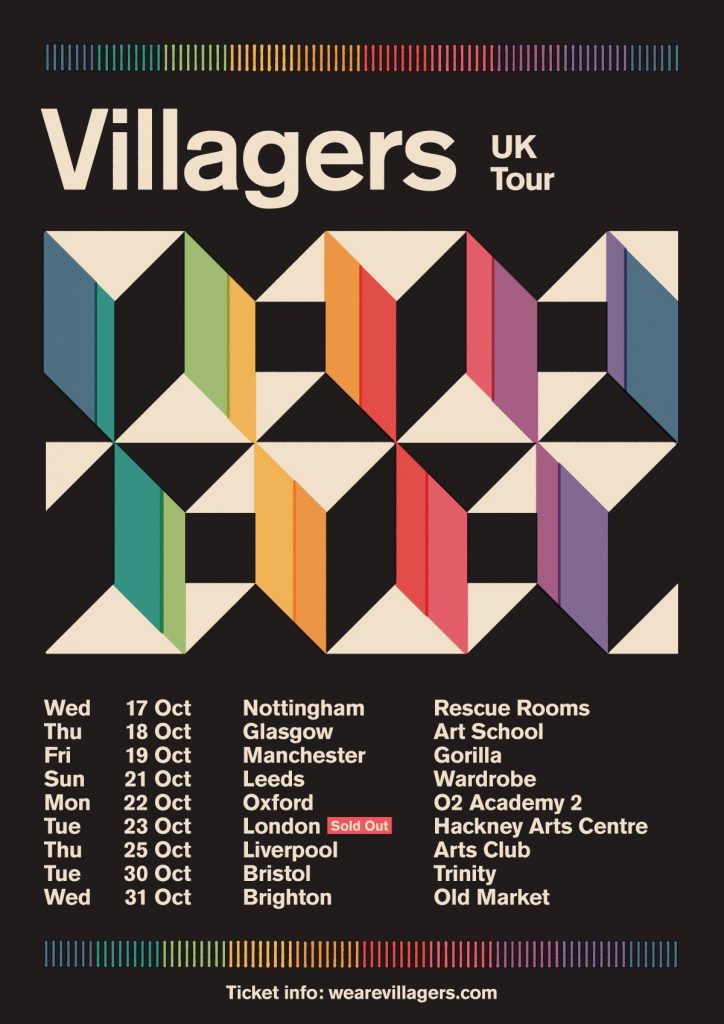 The Art of Pretending to Swim, the fourth album by Villagers, is due out on September 21st via Domino Records.

One thought on “Villagers return with new video for ‘Fool’”