Liverpool band TV ME, have released their new single ‘Space Geno’, filled with infectious sounds that revels in nostalgia. 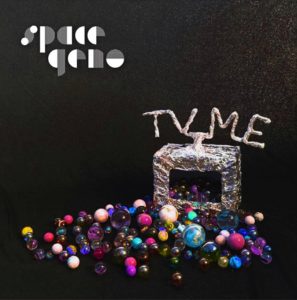 ‘Space Geno’ sees the Liverpool trio send their listeners into a dreamy melody that has a vibe reminiscent of the 80s. TV ME return to their DIY roots, piecing ‘Space Geno’ together from their home and shot the video via an iPhone as well.

The latest offering from the band is a warming synth filled track. The positive vibes that ooze out from the start set the tone and lift you up into high spirits while Thomas McConnell sings about his adoration for the person in question.

The video as mentioned, is shot on an iPhone, continuing to show the band’s artistic DIY skills. Consisting mostly of the classic toy Marble Run, in motion and with added effects creating a grimey feel to the video ‘Space Geno’ still can’t escape it’s uplifting sound that McConnell and co. have created.

The single’s B-side ‘Melodica’, is led by a catchy beat, while the band still gun for the electro pop sound that they make sound so, so good. It’s aesthetic sound is intrancing and it’s a shame this song is considered a B-side as it could easily be another stand-alone single for TV ME.

Under the infamous label of DeltaSonic Records, TV ME are taking their latest single out on the road at the end of the month and into the new year, capping off a tour with a night at Liverpool’s Studio 2 on Parr Street on January 2nd.