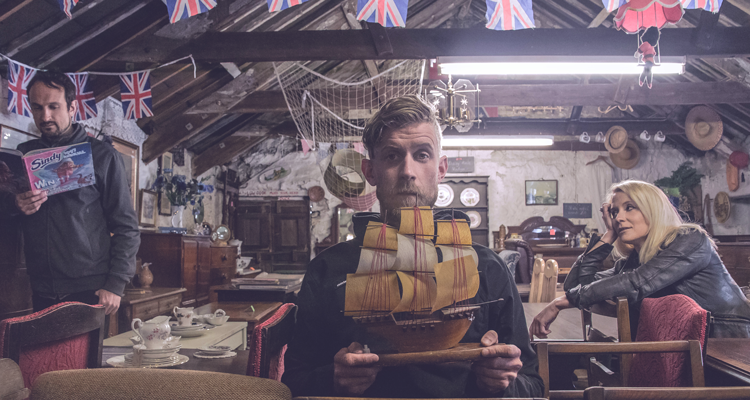 Intense, edgy and exciting. They’re the best three words to describe Auction For The Promise Club and that’s just off the back of the single,’Moonlight‘.

Drawing comparisons to Heartless Bastards and The Duke Spirit, frontwoman, Zoe White Chambers has a crisp clear vocal that adds to the vibe of the power-driven track, grabbing your attention from the first note she sings. Backed by soaring guitar and pulsating beats, you can hear hints of early Muse seeping in, making it a track to turn up loud and enjoy.

Auction For The Promise Club’s first album, Silence is set for release on June 9th via Easy Action Records. ‘Moonlight‘ is the second taster from the 12 track album, with the band previously releasing ‘This May Hurt‘, which keeps in line with the intensity and strong set up instrumentally they’re giving. After already gaining national attention with their EP, One, with airplay from BBC Radio 1, BBC 6 Music and BBC Introducing, the south west based rockers are continuing to stride in the right direction.

No tour dates are out yet but when they next venture up north, it’ll be one to go out of the way to catch if the energy in their songs carry over into the live performance.