Truck Festival gears up for its 20th anniversary with a stellar line-up heading to Oxford this July.

Making sure it’s a birthday to remember, Truck Festival have gone big to celebrate their 20th year. The phrase “go big or go home” comes to mind and with The Libertines, Franz Ferdinand and The Vaccines all set to headline, we don’t think anyone will be heading home when Truck Festival comes round.

In the thick of the summer, from July 21-23rd, the festival has pulled all the stops to make sure it’s a weekend you won’t forget, adding Slaves, Maximo Park, Nothing But Thieves and our own, The Wombats to the line-up.

The Wombats are celebrating their own anniversary this year as their debut album, A Guide To Love, Loss and Desperation, turns 10 years old. So expect a bit of nostalgic teenage angst when they remind us where it all began for them.

Also on the bill are Sunderland natives, Vant, whose debut album that’s being tipped to be one of the records of 2016, Dumb Blood, is due out in just over a week. Joining them are Cabbage and also what’ll be a highlight of the weekend, Twin Atlantic.

From old to new, The Vaccines will be closing out the festival in the headline slot on the Sunday and guitarist, Freddie Cowan spoke recently to Radio X on how they’ll be playing new stuff from what’ll be their fourth record.

Tickets have been selling fast for this one, with tiers one to three already sold out and the festival recently announced there’s less than 15% of tickets remaining. It’s one not to waste time on as it’s clear that the festival will sell out soon.

Speaking about the plans for reaching the major milestone, festival director of the award winning festival, Matt Harrap had to say, “2017 is our 20th anniversary – we were determined to pull out all the stops and deliver something incredible and I’m proud to say I think it’s our best line-up yet. The bill is literally packed with some of the best talent from around the globe and our headliners are bona fide legends.

“With plenty more to announce in the coming weeks I think its safe to say Truck Festival’s 20th birthday party is going to be truly spectacular.”

Check out the full list of bands first announced below. 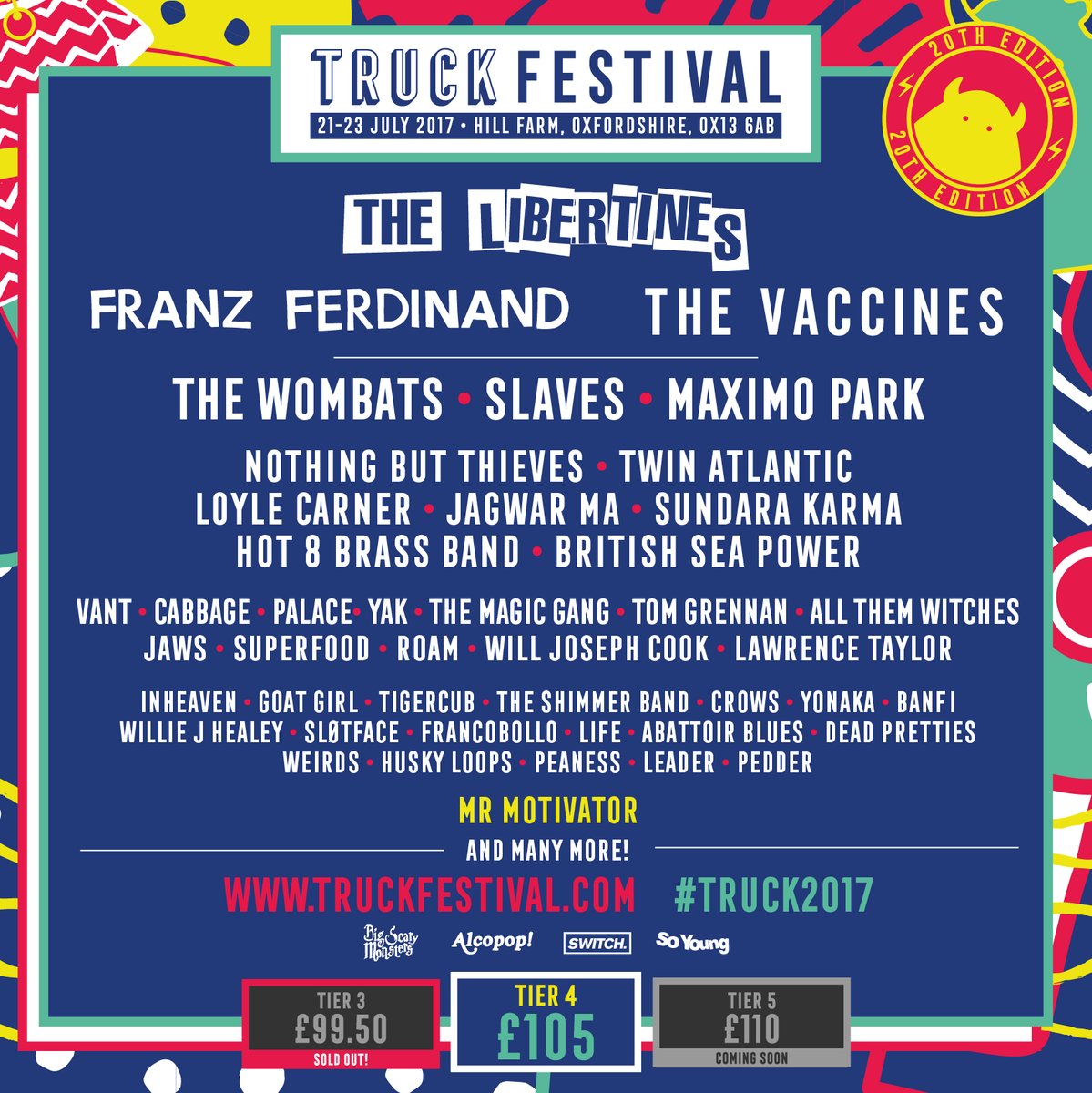 Truck Festival tickets are on sale now and available through their website by clicking here.