Festival season is edging closer as each festival have started to announce their headlines and continuing to whet the appetite, Y Not? unveiled their line-up this afternoon.

This afternoon, Y Not? festival revealed it’s first wave of acts set to play from July 27-30th, leaving festival-goers yet again in a tough spot deciding where to pitch their tents this summer.

Welsh rockers, Stereophonics, Two Door Cinema Club, who recently played to a sold out crowd in Liverpool’s Mountford Hall and The Vaccines, are all set to headline this years festival. If that weren’t enough, on the Thursday night, Feeder will be headlining day one in Derbyshire.

Tier one and two tickets have already sold out but tier three tickets are currently on sale for Y Not? at £104.50.

Also heading to the Midlands this July are punk-duo Slaves, Nothing But Thieves, Jake Bugg, Cabbage and a lot more.

It’s only the festival’s first announcement of what to expect on the last weekend of July but with only a few remaining tier three tickets left, they’re advising to move fast to avoid disappointment.

Check out the full line up announcement below! 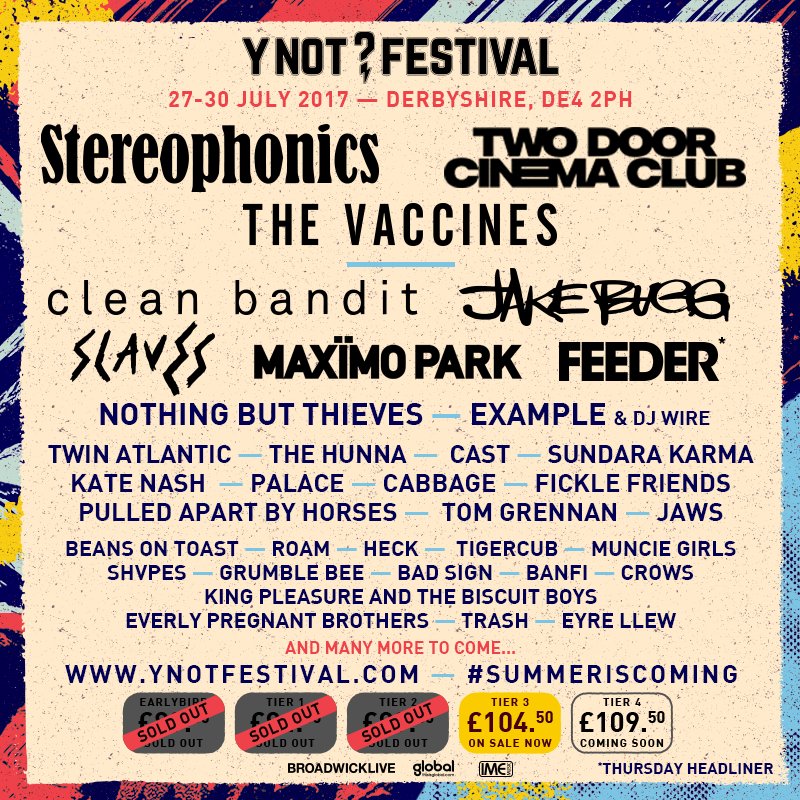