Earlier in the year, the Marks To Prove It band announced that they’re calling it a day with a final tour to follow.

The Maccabees announced yesterday they’ll be hitting the road one last time early next year with three final shows for their fans to catch them live.

The band revealed in a statement back in August that after four albums and hundreds of live shows, they felt it was time to call time on their career. It comes as a surprise after the resounding success of last years’ release Marks To Prove It, when it felt like the band were at their peak after a string of festival dates, including a headline slot at Latitude back in July.

With only three dates announced for the Farewell tour at the end of June, the ‘Tissue Shoulder‘ group are set to play in Manchester’s O2 Apollo, followed by two dates at London’s Alexandra Palace.

Their shows are full of energy and are one of the best live performances to catch, so the final three gigs of The Maccabees are definitely going to be in high demand when tickets go on sale this Friday (9th December).

The dates of The Maccabees Farewell Tour are below, with tickets going on sale this Friday (December 9th) at 9am. 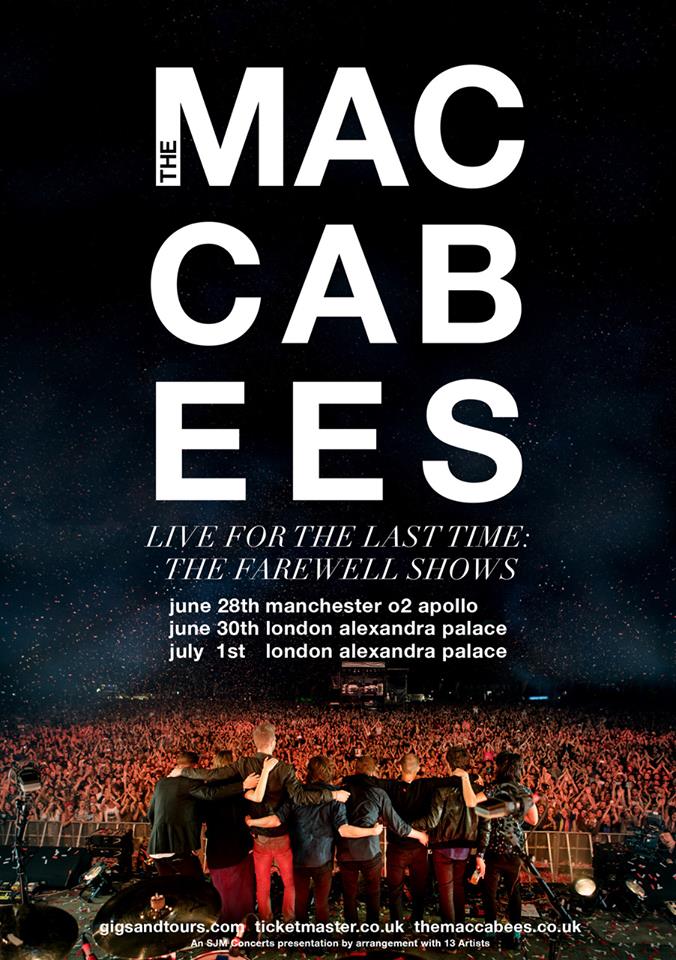