Two Door Cinema Club are back. It’s been four years since the release of 2012’s ‘Beacon’ but the Irish trio have unleashed new track, ‘Are We Ready? (Wreck)‘.

Appearing on BBC Radio 1 on yesterday, Annie Mac had the dubious honour of premiering the fast-paced and bouncy ‘Are We Ready? (Wreck)‘.

It’s an intense track, clocking in just under four minutes, opening with a funky bassline and has a fun upbeat vibe to it. Then Alex Trimble begins to sing and it doesn’t take long to remind us how much we’ve missed the Bangor rockers. Check out ‘Are We Ready? (Wreck)‘ below.

The band are appearing at several festivals this summer and did a series of surprise shows across Ireland recently too. On top of releasing a new song, Two Door Cinema Club have Unveiled details of their third album.

‘Gameshow’ is set to be released on October 14th, which was recorded in LA with help from Jacknife Lee, whose also worked with the likes of Snow Patrol, REM and Bloc Party in the past.

It’s been four years since the band’s last LP, ‘Beacon’ and fans have had to be patient as they took some time away from the music scene. The band have recognised that and thanked them for it with a message last week in between some cryptic posts building up to yesterdays big reveal. 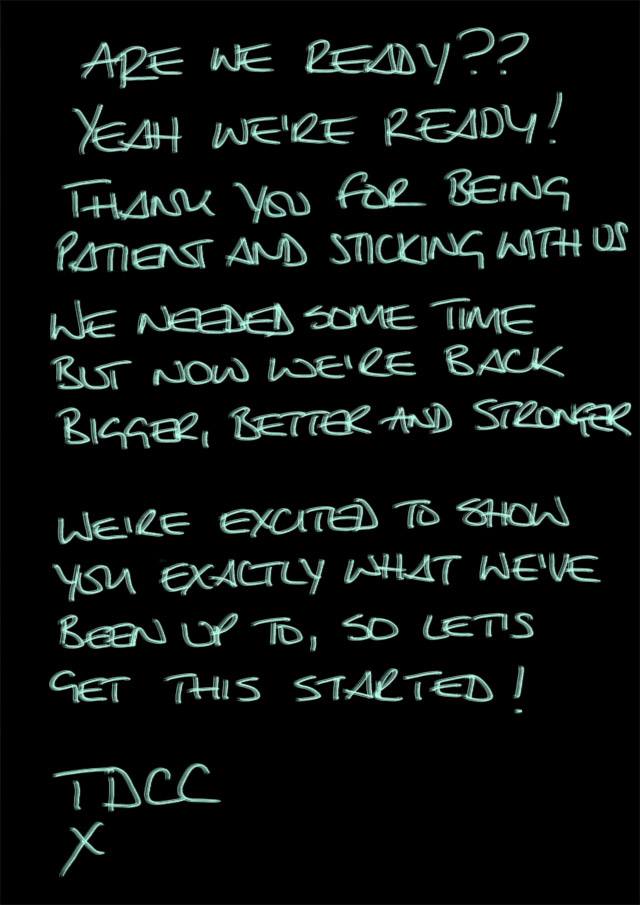 The third album from Two Door Cinema Club, ‘Gameshow’ is due out on October 14th and is available to pre-order now.