BBC’s Music Day returns to Merseyside for the International River Mersey Festival and is set to showcase some of the best that the local music scene has to offer this June.

On June 3rd, BBC are setting up all over the UK, showcasing some of the best in music the country has to offer. One of those cities taking part is our own Liverpool. As part of this year’s International Mersey River Festival, BBC will have their infamous BBC Introducing team there, giving us an opportunity to catch some local up and comers and already established artists.

From 5pm, we can expect to see Natalie McCool, who’s received accolades from all over, with the likes of Q Magazine, Huw Stephens and The Sunday Times all giving her their stamp of approval, she’s an indie-pop singer that BBC Introducing have described themselves as “one of the finest emerging songwriters around”.

Also on the bill are the psychedelic Sundowners who reside across the Mersey in the Wirral. They’ve had serious backing in the past, supporting the likes of Kasabian, Cats Eyes and an appearance at Glastonbury. During influences from bands such as Tame Impala, Velvet Underground and Air, it’s surely a band that can get people in the mood as the evening progresses.

Tea Street Band are just full of excitement and will easily get the crowd lively when they take to the stage. They’ll be one of the highlights of the night, if they’re not supporting bands like The Charlatans, they’re touring the Tea Street Sounds and then throwing mini-raves in between. Catching the eye of those up and down the country. This will be one set you don’t want to miss!

Clean Cut Kid, if you know your local scene, then you know exactly who they are. They bring art-pop filled with fun vibes and the kind of songs that were perfectly crafted for summer days, like the one we’ll have on June 3rd for the International Mersey River Festival. Well recognised across the city, it’s only right they get a slot on the BBC Introducing Stage.

Also set to perform as part of BBC’s Music Day are Louis Berry, bringing his sharp, tightly fine-tuned tracks, backed with Zane Lowe’s ‘Next Hype’ stamp of approval to the Pier Head in two weeks time.

Cavalry have a unique comparison labelled by Culture Liverpool, that of a fusion of The Maccabees and The National. Two bands that produce very emotional and powerful songs from high-paced songs to heavy hearted ballads. With a comparison to two such bands that create such powerful emotions with their music, it should already have you intrigued. Want to get familiar with them? Then listen to the stunning song, Soak below.

After listening to that, it’s hard to disagree with Culture Liverpool’s comparison of Latitude headliners, The Maccabees and The National, with reminiscence of ‘Grew up At Midnight‘ from the London band and the Cincinnati indie giants, where you can see a connection to ‘Hard To Find‘ too, taken from their 2013 album, Trouble Will Find Me.

Playing host on the night will be Fun Lovin’ Criminals frontman, Huey Morgan, also part of the BBC 6 Music family. It’s a night packed with incredible local talent and the best part of it all? It’s free.

The International River Mersey Festival kicks off on Friday 3rd June and runs until June 5th, featuring blues legend Billy Ocean too if you fancy a change to the indie/alternative rock that’ll be going on on the BBC Introducing stage. 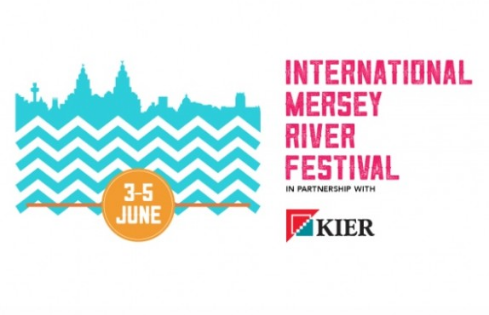