We Were Promised Jetpacks took a break from supporting Texans, Explosions In The Sky to take over the Arts Club on Thursday, with a powerful and stunning set.

The Scotsmen were supposed to be supported by two other bands but due to unfortunate circumstances, both had to drop out at the last minute when they couldn’t get a drum kit to share for their sets, with We Were Promised Jetpacks not able to share theirs in case of any potential damage caused, that’d result in them not being able to perform. By the end of this review, you’ll really see the irony in this…

The loss of the support acts though meant we were treated to a longer set and for those who are already aware of what We Were Promised Jetpacks can do, know this was an absolute treat.

They opened up with the first track of first album These Four Walls, ‘It’s Thunder and It’s Lightening‘. A song that just builds and builds then explodes, a formula that this band know how to do so well. It was only a taster of how this night was going to go.

It’s been about a year and a half since their latest offering, Unravelling came out and to hear the likes of ‘Safety in Numbers‘ and ‘Peace Sign‘ reminds you that three albums in, We Were Promised Jetpacks are only going from strength to strength.

The fact that it’s been seven years since they debuted their first album, it’s still such a beautiful moment to hear ‘Keeping Warm‘, an absolutely stunning song and to hear it live, is something that if you were to ask gig-goers can they think of one particular stand-out song, they’ve seen performed live, that they’d never tire of hearing and seeing, this would be one of those songs. A slow start, that just keeps lifting you, filling you with so much joy, a song that can make you feel proud just to be there in that moment when frontman, Adam Thompson finally sings the opening line “Chances of being born are so slim, so keep warm, so keep warm… and take some heart in being born and quite so young… you can learn to talk and learn to walk in your own time… You’re so young“. It was a privilege to be in the Arts Club and to hear this uplifting track.

It was a night of raw emotion, angsty, joyful, intense and brilliant. The set was coming

towards an end and we were given an outing of ‘Pear Tree‘, taken off the band’s second album,  In the Pit of the Stomach. A song that gave a sense of pain, worry and yearning. It’s heavy from the word go but it came to a halt and before you know it it’s just a guitar and Adam pouring out his soul and then the band do that thing they so well of creating an intensity, you can feel it’s building. When it eventually reached breaking point and the song climaxed while the frontman still poured out his emotions, so did Darren Lackie’s drum kit as the foot pedal proved too much for the skin of his base and went through the skin. Remember that irony I mentioned earlier… Something that wasn’t lost on the band as they laughed afterwards while turning the drum around for the final song. 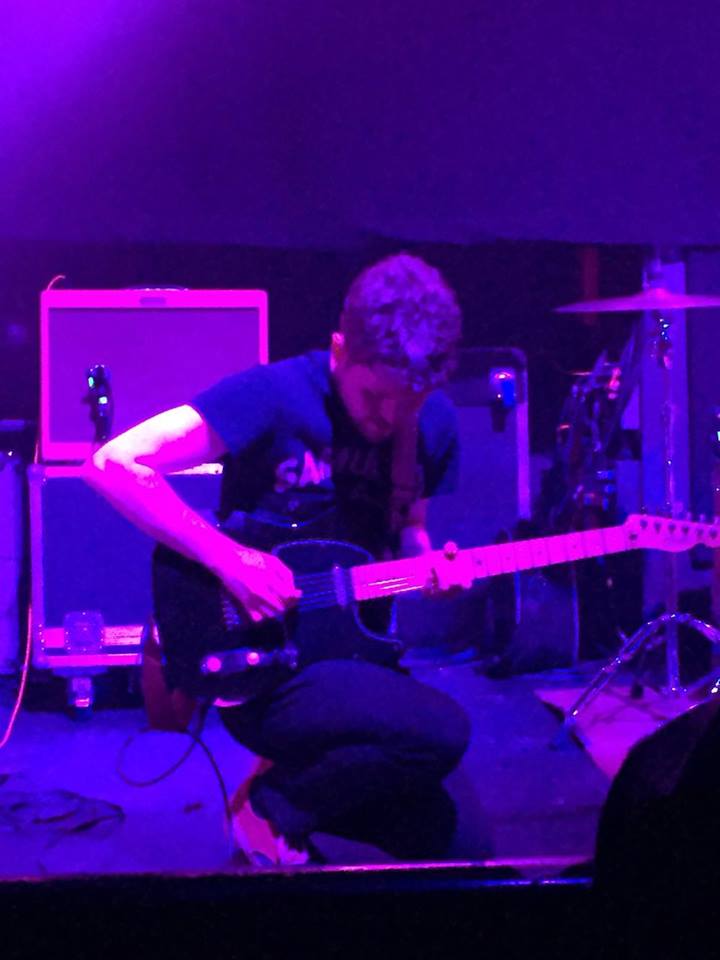 The final song was a new song, a new song that was absolutely massive and one the band were eager to play for us Adam informed the crowd while they set up after the damage to the drum. The track’s called ‘Repeating Patterns!‘, and you could see why too, it was a song full of intensity and a rush of excitement and if the drum hadn’t broke during ‘Pear Tree‘ then I can only imagine it would’ve gave way during this track. Drum heavy, bass heavy, guitar heavy, in every way possible, this song is heavy. Full of brilliant riffs, high pitched vocals and is a track that will make fans excited for what’s next to come from We Were Promised Jetpacks.

Supporting acts are always good to have but on this night, it was a pleasure to have We Were Promised Jetpacks for that little bit longer than expected, morale of this story is that every cloud does have a silver lining.