Frightened Rabbit have returned to the scene with a new album and currently on tour, their fifth studio album Painting of a Panic Attack, was released on Friday under CanvasBack/Atlantic records.

The record consists of twelve tracks that saw the band have help from The National’s Aaron Dessner, who helped produce the record and have it recorded in his studio in Brooklyn.

It opens with the beautiful short-but-sweet song, ‘Death Song‘. Throughout you can feel the sensitivity of the track, the yearning lyrics “we died in my dream last night“, accompanied by the gentle playing of a guitar in the background, it’s a gentle start to ease the listener in.

The first official single released from the album, ‘Get Out‘ lightens the mood after the sombre start, it’s playful and fun as we’re told in vivid detail of the frustration of an unwanted love. The sudden and explosive chorus alone will make this a fan favourite on the live scene. Classic Frightened Rabbit with echoing guitars and a song you can enjoy from start to end.

The album is like a story so brilliantly written and composed, the lyrics at times are absolutely stunning, there’s a theme throughout Painting of a Panic Attack of vulnerability and insecurity. ‘I Wish I was Sober‘, a beautiful yet painful tale of alcoholism, showcasing some of that brilliant lyricism; “forgive me, it’s far too late… oh come and shake me till I’m dry, oh I wish I was sober…”

Another standout moment on the record is the delicate and warm ‘Still Want To Be Here‘. As mentioned above, this bittersweet song is a perfect example of how well this album has been pieced together. You can feel the happiness coming off of frontman, Scott Hutchinson, enjoying this moment of being where he is in this song, content, no desire to leave. Yet that’s where there’s an element of sadness in the song, you get this sense that he “still wants to be here” but it feels like he’s asking to stay. ‘Still Want To Be Here‘ is a pure moment in the album of warmth, amongst a collection of songs that are filled with such sorrow.

Painting of a Panic Attack is a record full of emotion, you can really feel how much these songs mean to the band, noticeable in ‘400 Bones‘, a track filled with detail as Hutchinson describes the intimacy of sharing a bed with a lover and taking in that moment.

The National’s Aaron Dessner’s influence as producer is strong throughout, especially in ‘Blood Under The Bridge‘. The uneasy feeling of forgiving someone but expecting to have to do it again when you’re wronged by them again. The track has a vibe of The National’s latest album ‘Trouble Will Find Me‘.

It’s the Scottish band’s fifth studio album, following up 2013’s ‘Pedestrian Verse‘ but it’d be hard to argue to say that this is possibly Frightened Rabbit’s best release to date and potentially one of the albums of the year. 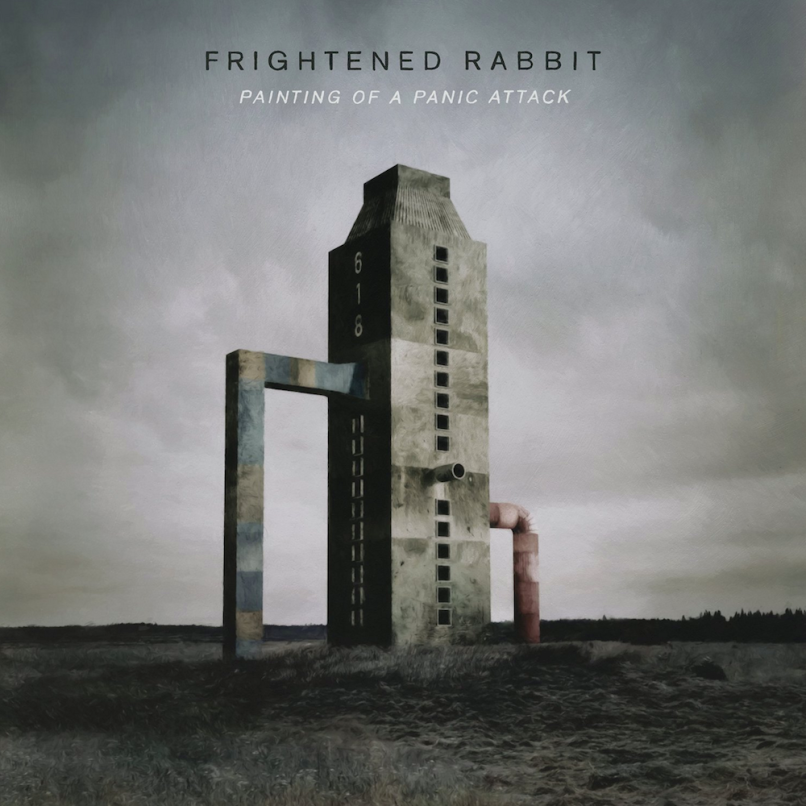 Painting of a Panic Attack is available to buy now.