A new album due out later this summer, Declan McKenna has revealed dates for a spring 2021 tour, including two dates in Ireland.

It’s been a long wait for Declan McKenna’s follow-up to the excellent debut album, What Do You Think About the Car? Now his second album, Zeros is due out on August 21st.

While gigs are still on the back burner for now, the ‘Brazil’ singer is set to take his new album on the road in early 2021. McKenna has unveiled plans to take the record across Europe, with shows in Germany, France, Netherlands and across the UK and Ireland too.

McKenna will kick off his tour at Norwich’s Waterfront on March 26th, with stops at the Brixton Academy in London, Newcastle’s O2 Academy and Manchester’s Albert Hall to name a few.

The tour will also see Declan return to Ireland, with a show in Dublin on April 15th at the Olympia Theatre and then down to Cork on April 16th for a show at Cyprus Avenue.

Declan McKenna’s shows are packed with so much energy and joy, which is going to make for one of the best first shows to go to once gigs return.

Watch the new video and latest track taken from Zeros, ‘Daniel, You’re Still a Child’ below.

Check out the full tour details below. 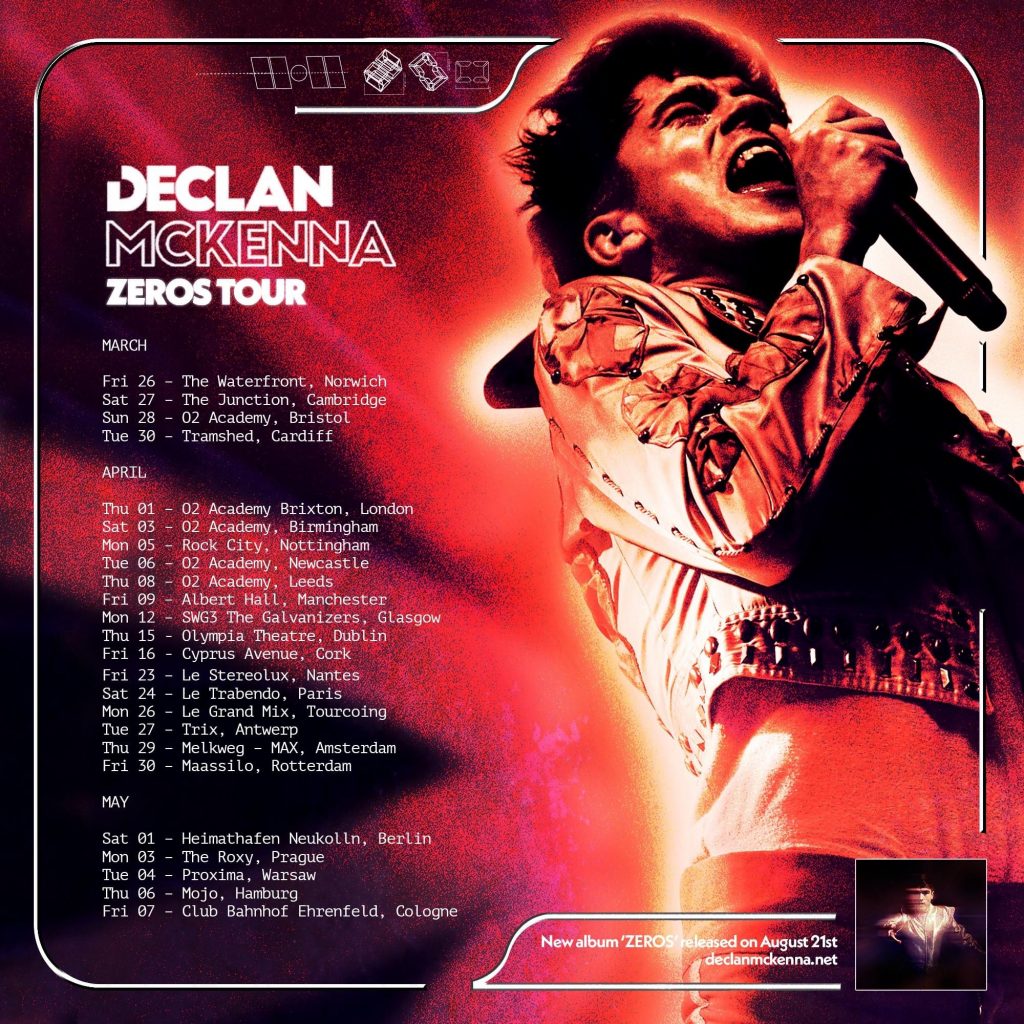 Tickets go on sale at 9 AM on Friday 17th July.

Zeros, the new album from Declan McKenna is out on August 21st and available to pre-order now from MusicZone.ie.