Promoters Strange Brew and Labyrinth have revealed plans to honour Frightened Rabbit and Scott Hutchison again in Galway and Dublin in January.

Earlier this year, Labyrinth Management hosted a stunning night in Dublin, to honour the work of Scott Hutchison and his band, Frightened Rabbit. Irish musicians came together to perform covers of the Scottish indie band. In the process the event raised funds for charity.

This week, Galway promoters Strange Brew and Dublin’s Labyrinth Management revealed that they will be hosting a night in both cities, paying tribute to Frightened Rabbit.

The two nights will celebrate the songs of Frightened Rabbit, with musicians being handed the task of playing three songs each from the entire back catalogue of the Scottish indie band.

The Sugar Club will be hosting the event in Dublin on Thursday 16th January. While the Roisin Dubh in Galway, a venue the band had played in numerous times over the year, will host the second night on Friday 17th January.

Both Strange Brew and Labyrinth have kept their cards close their chest regarding who’ll be playing at the events but tickets are already moving fast. Over 50% of the tickets have been sold for the Dublin event already.

Tiny Changes, set up in honour of Scott by his family, is the second charity. The charity puts its main focus on young people and children that are struggling with mental health.

You can read more about what First Fortnight do by clicking here. For more about Tiny Changes mission, click here.

Tickets are already on sale, making for a perfect stocking filler for any Frightened Rabbit fan. 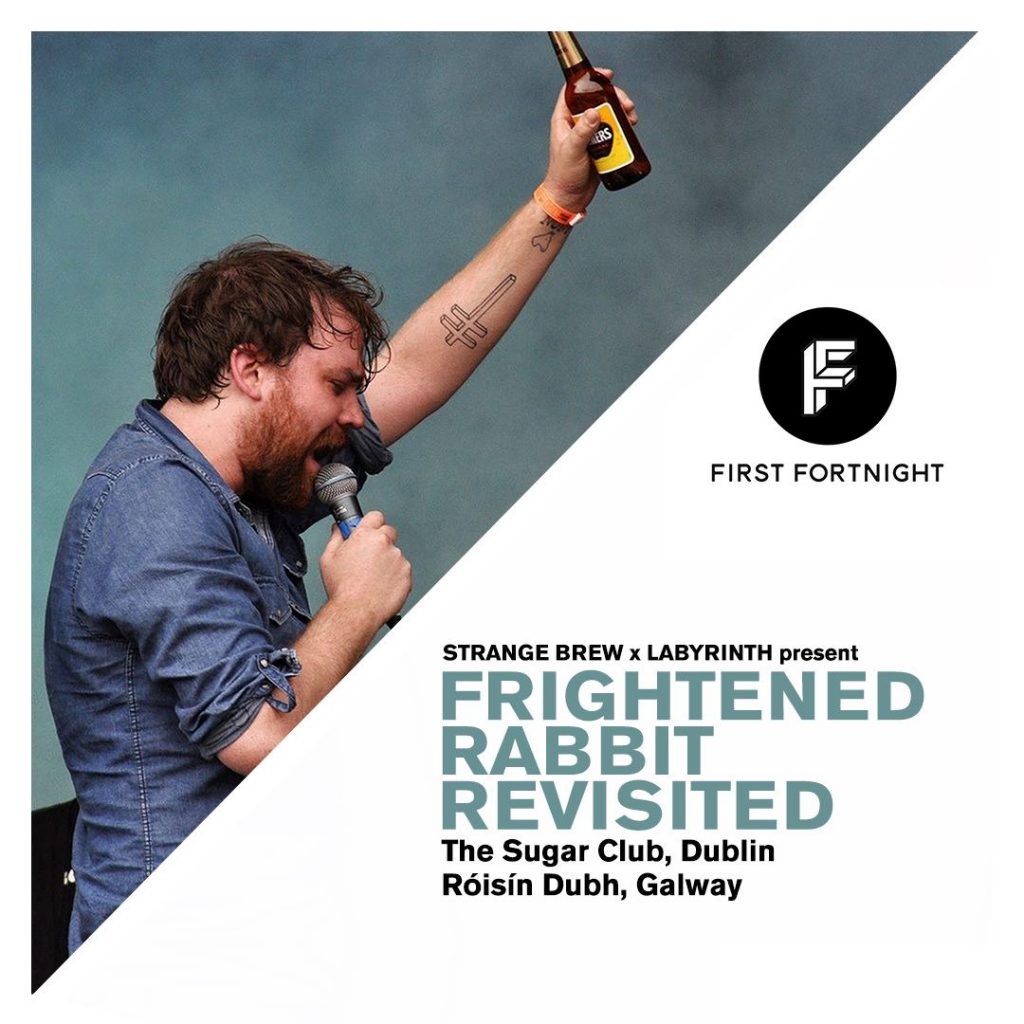