Manchester band Queasy, are gearing up to release their latest single ‘Fed to the Wolves’ later this month.

The alt-rock band have been making waves on the other side of the M62 and are starting to turn heads elsewhere. Queasy’s last release ‘Build a Wall’, was in November and put out their debut video in support of it.

The Mancunians are now ready to release their first single since founding member and guitarist, Jake Haslam left back in December.

Aggressive and sharp riffs with a playful bass, ‘Fed to the Wolves’ catches your attention straight away. The sound is similar to Arctic Monkeys’ ‘Do I Wanna Know’, with its heavy guitars and tense atmosphere.

Singing about double standards and being screwed over or sold down the river, the frustration really comes through; “I’ve got my hands bound tight and I’m down on one knee, because it’s one rule for you and then another for me…”

The melody is slick and the band’s aggression is laid bare for all to hear. A tasty instrumental brings us to the chorus one more time. It’s broodiness is so cool that you’ll be hitting the repeat button to go through it all over again.

Queasy will be performing at Manchester’s The Castle Hotel to celebrate the launch. Joining them on the night for support are Rival Bones, Liverpool band Salt the Snail and Black Mamba Fever. 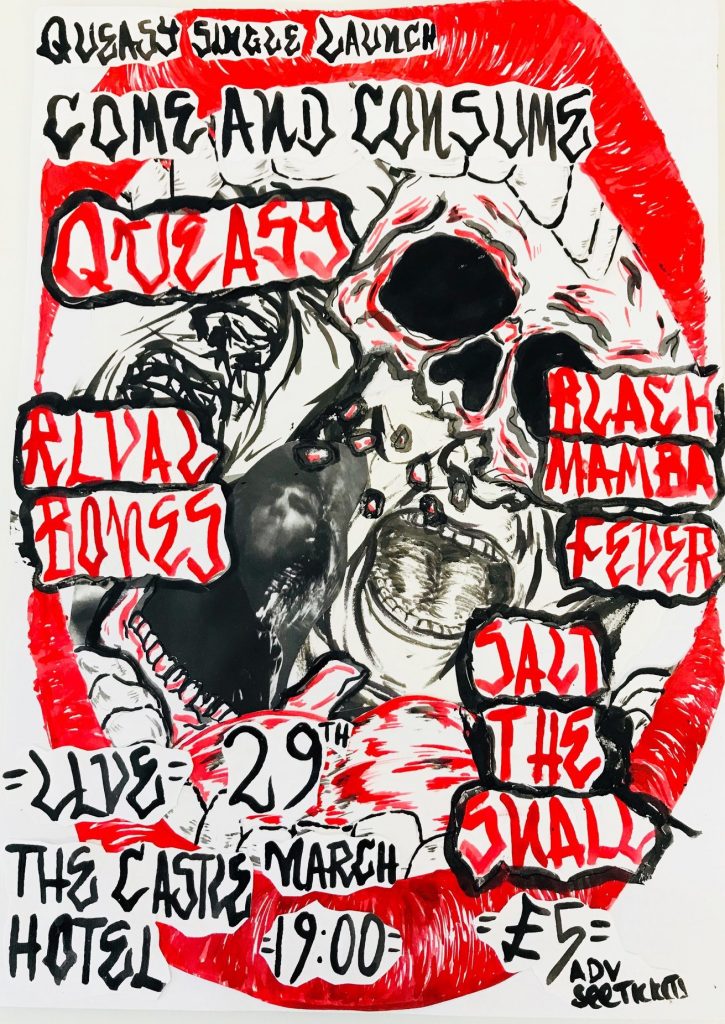 ’Fed to the Wolves’ the new single by Queasy will be available to download or stream from March 29th.