OLSSON has worked with the likes of Charlie XCX, Seeb, Jacob Banks and more but finally is ready to put his talents to use for himself with his debut album, Millions.

OLSSON has worked for many artists, putting his songwriting and producing abilities to great use but is finally ready to put out his own record, Millions. Not being tied down to a specific style, Millions, sees the Swede dabble from indie rock, 90s dance to R&B, while clearly being influenced by some of the biggest names in indie over the last 30 years to shape his sound.

The album opens with ‘Hold On‘, featuring fellow Swede Mapei, it has an immediate comparison to Moby, with it’s strings and then OLSSON’s vocals similar to that of the ‘Extreme Ways‘ DJ. It starts with a theme of if something’s not broken then don’t fix it, with positive vibes from start to end. This was only the beginning as Millions progresses on to be an album filled with joyful moments and dance-inducing beats.

On more than one occasion, Millions has a sound akin to The Stone Roses or Ian Brown’s solo efforts. This is most vivid on lead single ‘Ca M’est Egal‘ and it’s not only one of indie’s most defining bands that seep through, there’s also an energy in the track that draws comparison to early Kasabian. With a heavy bass and a fun beat put together, this song’s positivity would make even the coldest of hearts warm to it.

Not to be overbearing with the high pace the record goes at, OLSSON shows he’s able to tone things down and bring an intimacy into the album that after the first half of Millions, you mightn’t have expected to hear. ‘Culver‘ is the first of few opportunities to catch a breath in this whirlwind of fun and partying. It’s not until the closing stages of his debut effort do we get another moment like ‘Culver‘ to have a chance to reflect.

We mentioned that the album is filled with a diversity some artists might be afraid to do and another example of this is during ‘Grace Jones‘, with a disco-infused bassline and funky atmosphere, it’s a throwback to the 1970s and maybe a nod to one of the modern heroes of disco, Jamiroquai.

Overall, OLSSON’s first effort is a memorable one that has a song for everyone on there. His songs are filled with hope, love and joy that it’s hard to not have a smile on your face as Millions plays. It comes to a stunning end when he brings a gospel choir in for help on the final track, ‘Aye Aye‘ as he sings about finding hope when down and out on your luck. It’s a beautiful end to the record, bringing an hour of uplifting and fun music to a close, until you go back to the start and listen all over again. 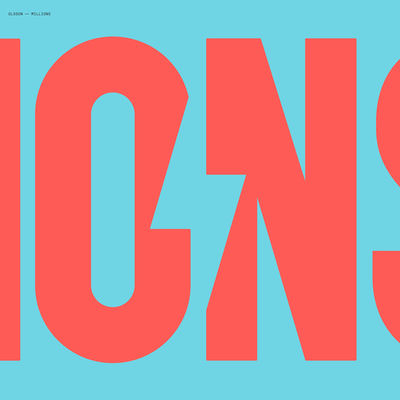 Millions, the debut album by OLSSON is out Friday May 12th via Universal Records.