Dan The Man recently released his second solo album, Circadian Circus so we caught up with The Wombats drummer to chat about the new album and more. 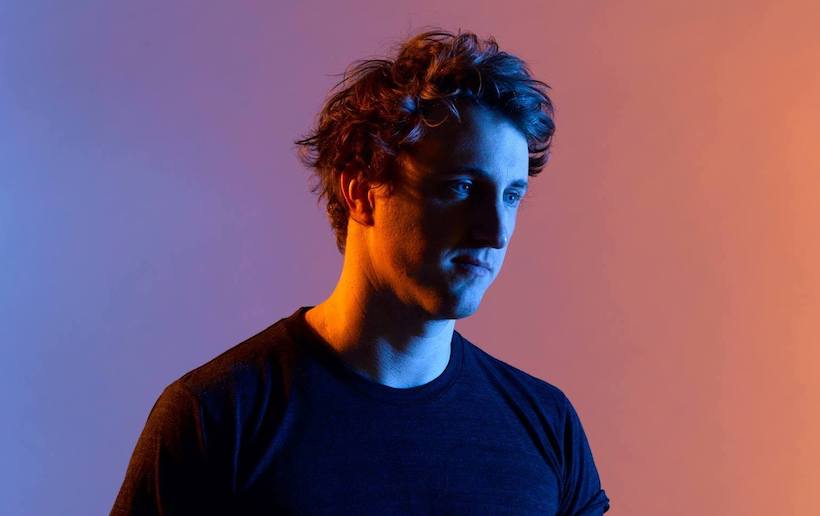 You made Circadian Circus over a four year period in between touring and recording sessions with The Wombats. How did you go about separating the creative mindset of working with the band and working on your own material?

Dan: The main difference I’ve noticed is not having band mates around to bounce ideas off and also having to play and think about pretty much every part/instrument on the album (although that is part of the fun/challenge!).

I had Rob (Whiteley) engineering and helping me co-produce it so that helped a lot! The songs and the sound in general are pretty different too so it was nice to change musical scenery from time to time in between tours.

What artists have you listened to that have helped influence your sound?

Dan: I guess this album comes a bit more from the alt-indie-folk side of me, so Bon Iver, The National and The Shins…that sort of thing. To be honest, my production has obviously been most influenced by working with some great producers on The Wombats albums and picking up techniques and tips from them over the years!

One of the things I enjoy most when recording music is trying out new sonics and combinations of sounds I hadn’t tried before.

Throughout the album, the common theme is about hope and holding on to it through good and bad times, it feels like a very personal record. Did you find it difficult to share these thoughts with the public?

Dan: I never thought about what other people would think when writing these songs, it was just important for me to get them out of my head and onto paper. The first time I played the whole album and introduced each song at a listening party with my family and friends, I did realise there were some dark themes on it but as you say I think there’s enough hope on there for it to not be too bleak!

Based on your experiences that helped shape the album, what would you say to others who are in a difficult place and in need of hope?

Dan: For me, writing songs, playing music and staying as active as possible (yoga, swimming, etc.) really helps but the only real healer for grief is time. It’s a cliché but it’s true, just hang on in there and know that each day will get a tiny bit easier and the pain ever so slightly more distant until it’s a manageable ache at the back of your mind.

With this being your second album, what did you find different this time around when making Circadian Circus?

Dan: I think the main difference was how much more experience myself and Rob had and how much we’d learnt. Having worked together on the first album too, we had an even better working relationship and knew what each other wanted instinctively.

Mainly just wanting to create a new sound for this project and playing with all the new toys Rob had bought over the years! Almost all of this album was recorded through an old tape machine which gives it a different warmth.

Can we expect to see you play the album live in the near future?

Dan: Not in the near future but maybe one day, for sure. I’m putting all my energy into The Wombats fourth album at this point and putting a live show together would take quite a bit of practicing and commitment.

I’m happy with Dan The Man being a studio project that I can just mess around with for fun at this stage. I did perform a live version of ‘Something Good’ with Marius from Team Me in Oslo recently, which was really fun.

With two albums out now, will there be plans in the future to make another solo record?

Dan: Most definitely! I’ve already got a bunch of songs written so once we’ve recorded our next Wombats album I’ll probably start having a proper think!

You’re a part of one of the most popular bands from Liverpool in recent years, looking at the music scene in Liverpool right now, what bands from the city are catching your eye at the moment?

Dan: We had a band called Night Cafe support us on tour for a while and they’re definitely one to watch. They actually record a lot with Rob Whiteley too and they sound amazing! Check them out…

The Wombats’ first album, A Guide To Love, Lose & Desperation turns ten this year. Since then the band have put out a further two records, you’ve now released two yourself and you’ve toured all over the world. What have been the highlights for you both personally and as a band over the last decade?

Dan: There are too many to specify but just being able to make music full time is the biggest highlight for me…

You’ve recently been added to the V Festival line-up and Community festival in London. Can we expect to hear any new material this summer?

What’s next for you and The Wombats?

Dan: We go to Australia at the end of April which is going to be insane, we’re playing the Sydney Opera House and the Riverstage in Brisbane. They are going to be two of the most ridiculous shows ever. Apart from a handful of 10 year shows and festivals we’re just writing and recording.

The Wombats are set to play in Liverpool on 29th June in Mountford Hall with tickets on sale now, celebrating the 10th anniversary of their debut album A Guide To Love, Loss & Desperation.

Circadian Circus by Dan The Man is out now, check out what we thought of the album and read our review by clicking here.